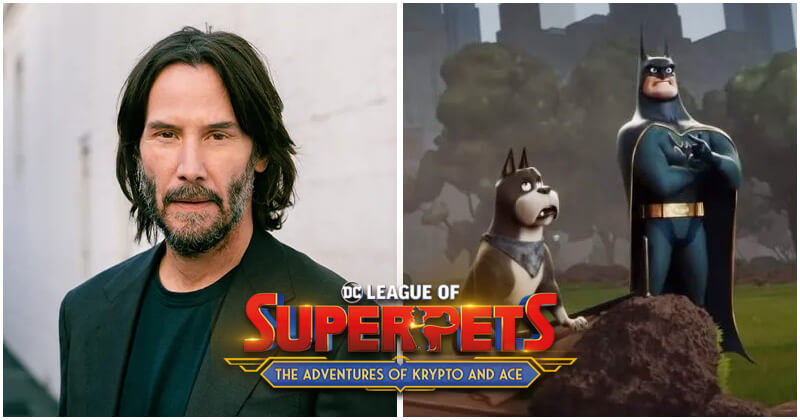 Keanu Reeves has just joined the voice cast of DC League of Super-Pets, the new animated film from Warner Bros. centering on the adventure of DC heroes’ pets.

The beloved star of The Matrix and John Wick will lend his voice to none other than Batman, thus marking his absolute debut in the world of superheroes. His involvement was announced with the hilarious new trailer for the film focusing on the relationship between Batman and his new pet, Ace the Bat-Hound. Written by John Whittington and Jared Stern – who is also involved as director, DC League of Super-Pets will include a star-studded voice cast. In addition to Keanu Reeves as Batman as mentioned above, we will also have John Krasinski as Superman, while Dwayne Johnson will be the voice of Krypto the Superdog and Kevin Hart will voice Ace the Bat-hound. This cast is completed by Vanessa Bayer, Kate McKinnon, Jameela Jamil and Ben Schwartz.

The movie will feature the entire Justice League with its best-known members, although at the moment we don’t know who else will be present besides the well-known DC Trinity.

DC League of Super-Pets will be released in the US on May 20, 2022. While waiting for more information, you can see the new trailer focused on Batman and Ace the Bat-hound below: