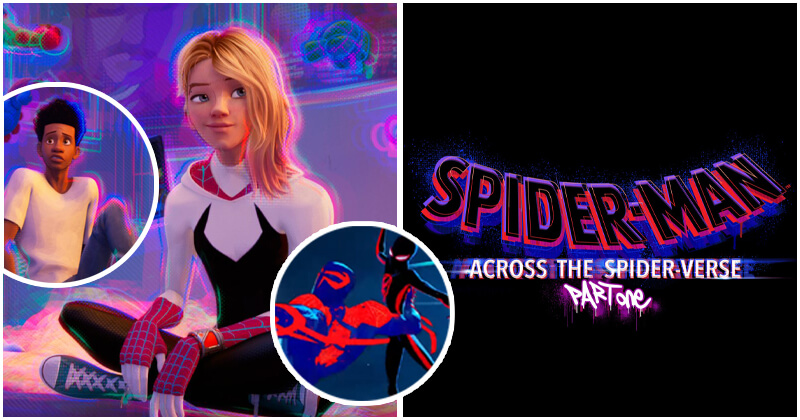 Sony Animation team already started working on the sequel to the Oscar-winning animated film Spider-Man: Into the Spider-Verse in June 2020, but by last December, there was still no official news relating to the project yet and all we had heard were only speculations and small confirmations from the crew.

However, from the release of the first teaser trailer of Spider-Man: Across the Spider-Verse (Part One), things changed radically, and news began to follow one another.

So, here is everything we know so far!

Christopher Miller and Phil Lord, the writers and producers of the first film in the animated saga, wrote the story of the sequel with David Callaham, who also took part in writing the recent Marvel movie Shang-Chi and The Legend of The Ten Rings.

The directors include Joaquim Dos Santos, Justin K Thompson and Kemp Powers – one of the two directors behind the animated film exclusively on Disney+ Soul.

Spider-Man: Across the Spider-Verse (Part One) will be released in US theaters on October 7, 2022, following the postponement of the original release scheduled for April.

Given that other big superhero movies such as Morbius or Doctor Strange in the Multiverse of Madness have been delayed too, the choice to postpone the release could be due not only to the difficult working conditions caused by the crisis pandemic but also to avoid overcrowding a period full of superhero films.

Regarding the release of Spider-Man: Across the Spider-Verse (Part Two), Lord and Miller have declared that it should come out in 2023, but they don’t know when.

What will Spider-Man: Across the Spider-Verse (Part One) be about? After confirming the title of the sequel last December, Sony also released a synopsis at the same time.

Miles Morales returns for the next chapter of the Oscar®-winning Spider-Verse saga, an epic adventure that will transport Brooklyn’s full-time, friendly neighborhood Spider-Man across the Multiverse to join forces with Gwen Stacy and a new team of Spider-People to face off with a villain more powerful than anything they have ever encountered.

Miles Morales, the protagonist, and Gwen Stacy are confirmed as key characters of the plot of the sequel. Equally important will be the character of Miguel O’Hara, or Spider-Man 2099, who appeared in the post-credit scene of Spider-Man: Into the Spider-Verse. Moving on to the other characters, the voice actress of Miles’ mother, Luna Lauren Valez, confirmed to ComicBookMovie in June 2021 that she will be featured in the sequel, and that her character will have more space with a story arc dedicated to her.

We can assume that the presence of Miles’ mother implicitly confirms the appearance of his father Jefferson Davis as well.

Peter B Parker’s voice actor Jake Johnson confirmed in July 2021 that he will return to voice Miles’ mentor.

In an interview with EW in December 2021, when asked if we would also see Spider-Ham, Spider-Man Noir and Peni Parker again, producers Lord and Miller replied that Miles would “reunite with some old friends and meet… a lot of new ones”. The duo also said they’d like to bring Silk and Spider-Punk to the big screen in future films. This means that at least in part one, we will not see these two versions of Spider-Man.

There is no further information on this, but through the very first teaser trailer released last summer, we can search for clues about the characters we will see in the next adventure, for example logos of Miles Morales, Gwen Stacy or the Japanese Spider-Man, known in his homeland as Supaidāman, the protagonist of the homonymous TV series.

Will Tom Holland be there?

Another interesting speculation after the release of Spider-Man: No Way Home is that Tom Holland would also appear in the film.

As stated several times by the producers themselves, they already wanted to include him in the very first film as an Easter egg. But then the idea was completely discarded. But perhaps we will be able to see Tom Holland with an actual role rather than a small Easter egg, as Spider-Man: No Way Home has opened the doors of the multiverse in the film version as well. There are a few small clues that might point to this.

In a promotional interview for Spider-Man: No Way Home, Zendaya said she loved the Spider-Verse movies, while Tom Holland added: “Love them and I’m just waiting for the phone call. Guys, call us. Put us in your movie, we want to be in it.”

Tom Holland also confirmed that he had contact with Amy Pascal. “Amy actually asked me on the set of Spider-Man: No Way Home and no one has come back to me,” he said. “I wanna be in them. Yeah, I love those movies.”

In response, Christopher Miller replied to a tweet that quoted the two statements. His reaction was, somewhat, hilarious.