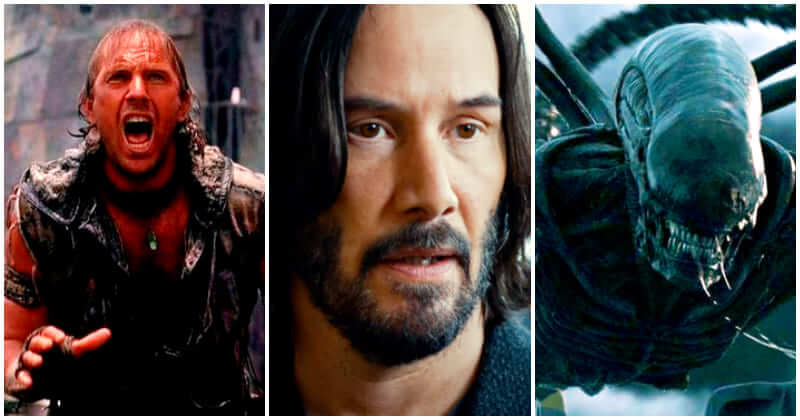 When it comes to film promotion, there is a lot of hype. Teasers, posters, and cross-promotions help companies position their movies for profitability. When a film finds itself undeserving of the media storm it generated before its release, this marketing hype might backfire.  Regardless of how much money or enthusiasm a movie may generate, the blockbuster business is often a risk.

These films appeared to be on their way to setting the movie-going world on fire, but they only managed to kindle a smoldering ember. Some movies struggled to live up to the hype, whether they were unsatisfactory additions to well-loved series or mega-budget pictures attempting to start new ones. Below is the list of 10 movies that got so much hype that they just failed on their own.

1. Indiana Jones And The Kingdom Of The Crystal Skull Really Dropped The Ball For most enthusiasts, Indiana Jones And The Kingdom Of The Crystal Skull, the fourth installment, was a huge letdown. Steven Spielberg’s picture was doomed by heavy use of CGI and a narrative that went somewhere few anticipated, but not in a positive manner. The Crystal Skull wasn’t horrible enough to put the Indiana Jones franchise to rest for good, since Indiana Jones 5 is planned to hit theaters in 2023.

2. The Godfather III Failed To Live Up To The Legacy Of Its Predecessors The Godfather: Part III isn’t horrible, but it pales in contrast to the classics that come after it. Parts I and II are still regarded as two of the best films of all time, yet The Godfather Part III is frequently overlooked by moviegoers.

3. Waterworld Was An Excessively Expensive Disaster Waterworld was the most costly film ever filmed in 1995. Many moviegoers recall Waterworld as little more than the picture in which Kevin Costner had gills if they recognize it at all.

4. The Phantom Menace Remains One Of Cinema’s Biggest Disappointments Star Wars: Episode 1 – The Phantom Menace arrived in cinemas 16 years after Return Of The Jedi, to a radically divided reception. Even though the movie was a box office success, few fans thought The Phantom Menace was worth the wait.

5. Rise Of Skywalker Was Yet Another Star Wars Misstep Audiences who had been turned off by The Last Jedi were now on board for a spectacular conclusion. Rise Of Skywalker, on the other hand, did even worse with audiences, becoming the trilogy’s lowest-grossing film. However, this isn’t the first time that a highly anticipated Star Wars movie has disappointed long-term fans.

6. 1998’s Godzilla Failed To Live Up To Its Monstrous Expectations Even doubters expected some breathtaking set-piece mayhem with the “master of catastrophe” Roland Emmerich at the helm. Godzilla, on the other hand, was no Jurassic Park, but rather a badly written, poorly performed (except for Jean Reno), and uninteresting monster film.

7. The Matrix Resurrections Was An Unremarkable Revival For A Beloved Franchise For viewers, the prospect of seeing Reeves reprise his role as Neo in another film was enticing. The Matrix Resurrections was a movie office flop that earned only a tepid reception from audiences. Resurrections, as excellent as their efforts were, fell short of the standard established by the original. Disney is said to have lost $200 million because of John Carter. This trip to Mars was one of the year’s most disappointing films, thanks to a dull hero, unimaginative set pieces, and a bare-bones storyline. John Carter is a blemish on Disney’s otherwise stellar record.

9. Alien: Covenant Wasn’t The Reset Button That Fans Were Hoping For The anticipation was palpable, but the final product was a long cry from Alien’s hair-raising terror or the adrenaline-fueled excitement of its James Cameron-directed sequel. Covenant, on the other hand, was closer to the franchise’s muddy, badly regarded blunders.

10. Terminator: Dark Fate Destroyed Much Of What Fans Loved About The Franchise The teaser for Terminator: Dark Fate was released, and one key component piqued viewers’ interest. Sarah Connor was played by Linda Hamilton, who was reprising her role. Dark Fate was published, and it spent most of its length eliminating everything Terminator enthusiasts knew and loved. Dark Fate was a huge flop, and it may be the end of the journey.