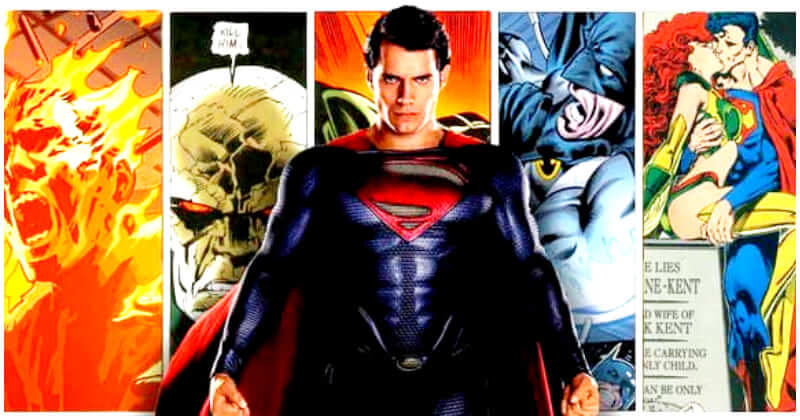 Superman, along with Batman, is one of DC Comics’ two most recognizable superheroes. Apart from the hundreds of glories attained since landing on Earth aboard the Krypton ship about a century ago, the Man of Steel has also encountered numerous unexpected incidents. And he is the source of many of them. Superman stands out among superheroes as one of fiction’s most upstanding role models. That is why so many people find the story of an evil Superman to be so captivating, filled with horror at witnessing this god-like entity turn against humanity or grief at watching this hero among heroes become bad. In the comics, Superman has gone from being the world’s greatest hero to a terrifying foe due to his own free will or the machinations of a villain. Many outstanding and intriguing stories have been written by DC’s many talented writers that play with the subject in new and imaginative ways. Superman was turned into a fascist tyrant after the death of his fiancée Lois Lane and their unborn child at the hands of the Joker in the renowned event Injustice: Gods Among Us. As a result, hundreds of protests erupted all over the world. One of them is known as Joker-Underground. Although this is a well-intentioned group, choosing the Joker as a protest symbol was a mistake. Supes, of course, could not approve of such conduct. The dissidents were burned alive by the Man of Steel. This episode is widely considered to be one of Superman’s most heinous crimes. A little-known fact is Superman has killed many people, not just villains. To demonstrate this, we must consider the New 52’s Trinity War event. It all started when two superheroes got into a fight. Dr. Light accidentally attacked Wonder Woman, who was then Superman’s girlfriend, while he was unable to control his body. Supes became enraged and lunged at his comrade like a beast, killing him with Heat Vision and leaving the victim with no explanation.

Send Supergirl to the orphanage

Superman was already the most famous hero in the world when Kara Zor-El arrived on Earth. It wasn’t difficult for them to find each other. But Supes surprisingly had no intention of bringing the relative with him, instead, he was putting her in an orphanage. Worse yet, Superman forbade Kara from joining any family and required her to disguise herself as unattractive as possible. He was afraid that his cousin would take away his aura, so he did everything he could to avoid it.

Killing the son of Darkseid Superman: The Dark Side begins with a fantasy story that imagines what would happen if Superman had landed on Apokolips instead of Earth. With such terrible power, it’s easy to see why the tyrant Darkseid uses Superman so extensively. Not only was Supes adopted, but Darkseid also allowed Supes to murder his first child, Kalibak, and then replace him as the heir to Apokolips hell. The event Injustice: Gods Among Us once again gives us a closer look at Superman’s revolting cruelty once he turns evil. The Man of Steel did not hesitate to wipe out anyone who stood in his way in order to establish his own empire. Green Arrow is one of the unfortunate victims. Green Arrow has fallen into Superman’s hands while attempting to join forces with superheroes led by Batman to attack Fort Solitude. And for this character, death is an unavoidable outcome. The Kryptonian superhero appears to have a strange habit of cremating his opponents. During the Countdown to Final Crisis event, we saw Superman using Heat Vision to kill people again, and this time the bad-luck-guy was Batman. This, however, occurs only between Earth-Prime (where a warlike version of Superman exists) and Earth-15 (where General Zod and Jason Todd play Superman and Batman, respectively), not in the main DC universe timeline. It all began when Superman-Prime wandered off to Earth-15, where he slaughtered a slew of superheroes. The worst case has to be Batman, Jason Todd, who was sent into the atmosphere and burned by Heat Vision while in free fall to Earth.

Intimate with another woman right over Lois Lane’s grave Superman is undeniably the strongest man on the planet. But, aside from that, he is a good example of a cheating guy. A time traveler reveals in the future that Lois Lane and Clark Kent are finally getting married in Adventures of Superman Annual #3. Unfortunately, Lois died while their child was still in the womb. This death was only a reflection of the Man of Steel’s indifference. The alien warrior Maxima quickly replaced Superman’s deceased wife. Even more stunning, they were having an affair right over Lois’s grave.

The version of Injustice: Gods Among Us is the worst Superman in history, in my opinion. The fact that the Man of Steel revealed Batman’s true identity on Twitter shouldn’t come as a surprise. Massacres of innocent people, turning away from justice, gaining dominion over humanity… none of this should come as a surprise. Supes took this action because he was irritated by the superheroes’ resistance, which was led by The Dark Knight. Batman tries but ultimately fails, to stop the news from spreading. The message “Batman is Bruce Wayne” spread quickly around the world with just four simple words. This incident demonstrated how ruthless Superman can be in a crisis.