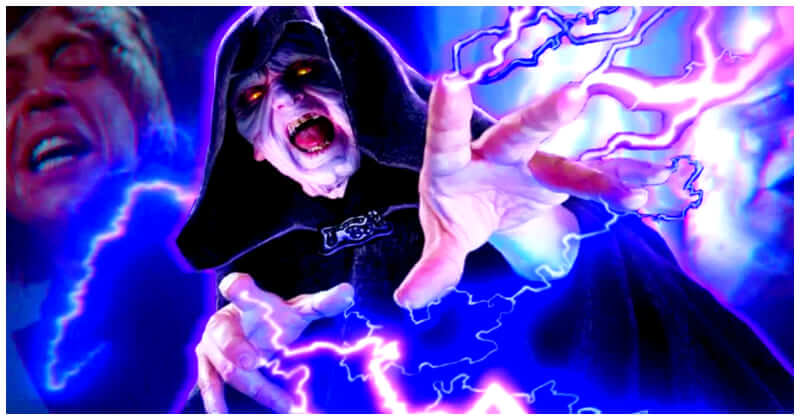 Force lightning was Palpatine’s go-to technique for terminating his enemies from Star Wars: Revenge of the Sith through Star Wars: The Rise of Skywalker. Even though the lightning killed him repeatedly in the franchise, it was still a dramatic technique to demonstrate the Dark Side’s might. Only the Sith have been seen exercising the power in every film and television series, but that doesn’t imply it’s unique to them.

In Star Wars, what is Force Lightning? Force lightning is mentioned in Star Wars: The Secrets of the Sith, a canon guidebook. It’s characterized as “dark side attendant energies” that may be “harnessed into concentrated bursts of electricity capable of unimaginable destruction.” Because the power’s sole purpose is to create offense and hurt, the user must harness their inner darkness in order to execute it.

A blast of lightning, when used carefully, may kill and disfigure their victim, albeit it is frequently a gradual and painful process. “Even the greatest of Sith Lords are not immune to the destructive efforts of this dark display,” the canonical reference guide continues, as evidenced when Rey deflects Palpatine’s own lightning back at him. A weak and vulnerable target will be stunned and just hard trying to manage their motions, as seen when Darth Sidious attacked Mace Windu at the end of Revenge of the Sith. The lightning is so intense that even the skeletons of the victims can be seen, and only a few people know how to stop it. Yoda is the first person shown without a Lightsaber to shield himself against Force lightning, capturing Count Dooku’s lightning in his fingers and redirecting it back at him. Force lightning also appears to occur in a variety of forms and sizes. The smaller pulse of electricity is usually observed being employed since it’s easier to manage. Palpatine, on the other hand, can fire a massive bolt of lightning that covers the whole sky and knocks out all electronics towards the end of The Rise of Skywalker.

Force Lightning Isn’t Only For Sith In Star Wars: Attack of the Clones, Count Dooku is the first one to employ Force lightning in terms of chronology. He then uses it frequently during Star Wars: The Clone Wars and he and Palpatine are the only ones seen using it in the prequels. It’s safe to presume that the power is solely accessible to the Sith based on this. Anyone who had been trained in the Force could use the talent, although it was frowned upon by the majority.

Ray unintentionally unleashes Force lightning on the planet Pasana during The Rise of Skywalker, fearing she has accidentally murdered Chewbacca. While this moment was supposed to allude to her Palpatine ancestry, it also demonstrates that anybody may utilize the lightning, but only if their rage is channeled effectively. Given its violent nature, it’s no wonder that the power is disapproved upon by the Jedi Order, which has vowed to abstain from all forms of anger. Force lightning is unquestionably formidable, yet morally dubious. It’s probably for the best that the Jedi never utilize it. It might not only draw the holder closer to the Dark Side, but it is also difficult to control. Palpatine’s lightning put him in a lose-lose predicament throughout his battle with Mace Windu and his ultimate meeting with Rey. If he kept zapping them, his lightning would be directed back at him until he died, but if he didn’t, he’d be exposed to their Lightsaber strikes.