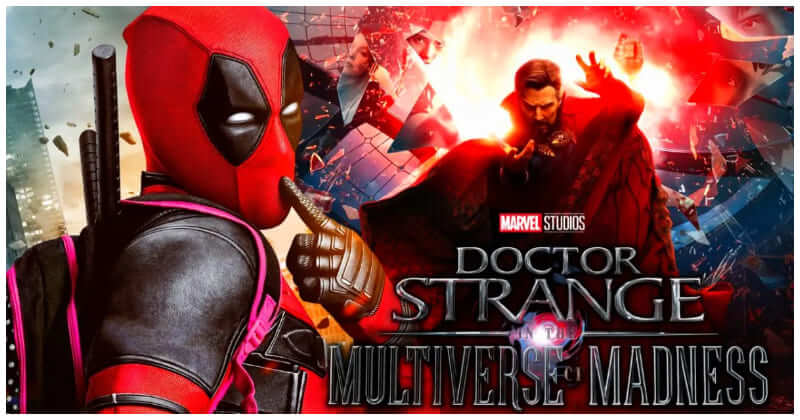 Marvel has actually been doing really well in arousing the excitement and curiosity of their fans for their movies. One of the ways they often do is taking advantage of cameos from other universes. This method seems to never fail because fans always get interested and excited to see the connection among their beloved superheroes.

That would explain why every time fans find some hints revealing the cameos in the MCU, they can’t stop wondering and talking about them.

Recently, Marvel Studios released the new poster for Doctor Strange in the Multiverse Of Madness. Some eagle-eyed viewers believe they may have spotted Deadpool’s appearance in the upcoming movie. Many promises about cameos’ appearance and changes in the MCU which are given in Doctor Strange in the Multiverse of Madness make the movie capture more and more attention. Many fans seem to have “introduces mutants” on their bingo cards for the highly-anticipated sequel and with Patrick Stewart’s X-Men leader Professor X having popped up in the latest trailer, the odds are looking good. Even Doctor Strange in the Multiverse of Madness is expected to appear set to rival Avengers: Endgame for Marvel’s biggest live-action event to date.

Is Deadpool hiding in the Doctor Strange 2 Poster?

There are several years since the Fox-Disney merger closed, fans are really excited about the combination of the Mutants and Marvel’s First Family will be joining the MCU. In addition, some fans claim that they have found Deadpool in one of the many shards of broken glass.

There is still no official confirmation from Marvel Studio. At this time, it’s difficult to make sure if that is Ryan Reynolds’ hero or just a coincidentally similar alignment of pixels. However, typically, one would assume Marvel Studios would look to keep a cameo of that magnitude quiet, but with Patrick Stewart’s Professor X having just appeared in the official trailer, anything is possible. The hint that raises the belief in Deadpool’s joining in the upcoming project is that the shape of the elusive figure does appear to bear some resemblance to one famous promotional image of Ryan Reynolds’ hero for the original Deadpool movie. When compared, the image does appear to somewhat align, with Deadpool’s famous black and white eyes, the most distinctly visible features. That Stewart’s Professor X appearing has already reintroduced one character from the Fox universe that leads the chance of Deadpool popping up in the Multiverse flick. Only time will tell our prediction of bringing Deadpool to the Marvel Universe. We could get the answer by Doctor Strange in the Multiverse of Madness release on May 6, 2022.