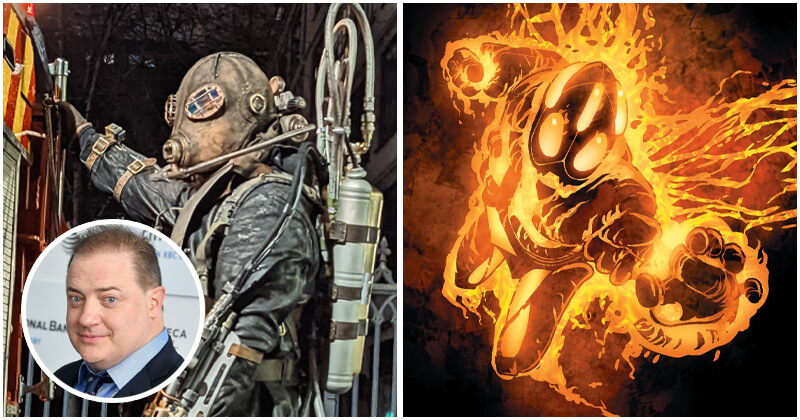 Thanks to the new images that have emerged from the set of Batgirl, whose filming process is currently underway, we can finally take a first look at the costume of Firefly, the announced villain of the movie who will have the face of Brendan Fraser.

The images – which you can see below thanks to insiders in the crew – show a decidedly accurate and faithful reconstruction of the comic counterpart.

Firefly was created by France Herron and Dick Sprang and first appeared in 1952 in Detective Comics #184. The identity of Firefly was carried first by Garfield Lynns and later by Ted Carson. In both incarnations, he is a pyromaniac who uses a flight suit with a built-in flamethrower to commit his crimes. However, at the moment, it is not yet known whether the role played by Brendan Fraser will correspond to one of the two classic versions of this character. Batgirl is produced by Kristin Burr and directed by Adil El Arbi and Bilall Fallah with a screenplay written by Christina Hodson. In the cast of the film, we will see Leslie Grace in the role of the protagonist Barbara Gordon and her heroic alter-ego. Ivory Aquino will be her best friend and roommate Alysia Yeoh, Brendan Fraser will play Firefly, the announced villain of the film, while Michael Keaton will return as Bruce Wayne aka Batman, a role that is expected to resume in the highly anticipated The Flash. J.K. Simmons will return in the role of Commissioner Jim Gordon last seen in the two released versions of Justice League, while Jacob Scipio will be present in a role whose details have not yet been disclosed.

At the moment no details on the plot of the film have yet emerged, but it has already been suggested that the movie will draw heavily from Batgirl: Year One, a comic miniseries created by Scott Beatty, Chuck Dixon, Marcos Martin and Alvaro Lopez in 2003.

The release of the film will take place exclusively on HBO Max’s streaming platform at the end of 2022.