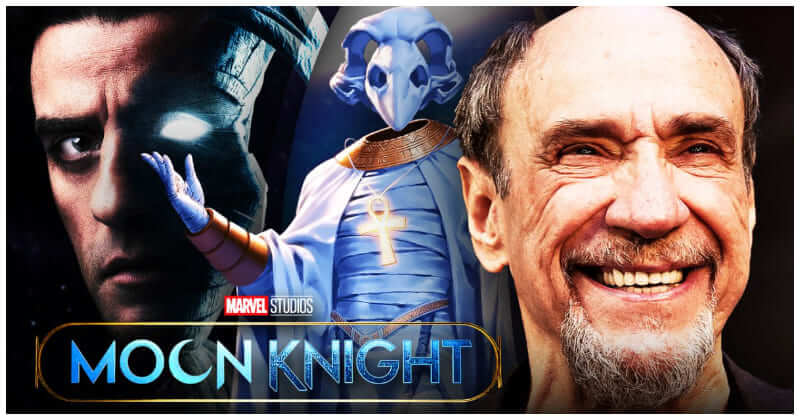 Recently, it is confirmed by Marvel’s streaming that Academy Award winner Abraham (Amadeus) will voice Khonshu, an ancient Egyptian Moon God in an upcoming project of Marvel. This news has actually gained many people’s attraction.

The participation of F. Murray Abraham in Moon Knight is appreciated as an added boost for the series, especially considering his impressive resume.

Abraham won an Academy Award for Best Actor for his role as Antonio Salieri in 1984’s Amadeus. Abraham is also known for his previous roles in The Grand Budapest Hotel (2014), Inside Llewyn Davis (2013), and Star Trek: Insurrection (1998). He joins fellow Oscar winners such as Brie Larson, Anthony Hopkins, Angelina Jolie, Lupita N’yongo, and Gwyneth Paltrow in the MCU.

This talented actor is no stranger to lending his voice to a variety of projects. Especially, he gained an impression when voicing different characters after portraying characters in 2018’s Isle of Dogs and 2019’s How To Train Your Dragon: The Hidden World. This is on top of his background in doing voiceover work for commercials. Created by Jeremy Slater (Fantastic Four), Moon Knight will consist of six episodes, each under 60 minutes, much like The Falcon and the Winter Soldier.

His character Khonshu is expected to have an important role in the series, which means that Abraham will spend more time voicing the character in the series, and it also opens the possibility of him returning for future projects involving the dark antihero due to Khonshu’s close ties with Marc Spector. Moreover, because Thor: Love and Thunder will do a deep dive into the concept of gods due to Gorr the God Butcher’s inclusion, it is expected that Khonshu will be featured in a cameo, which means that Abraham could reprise his role on the big screen.