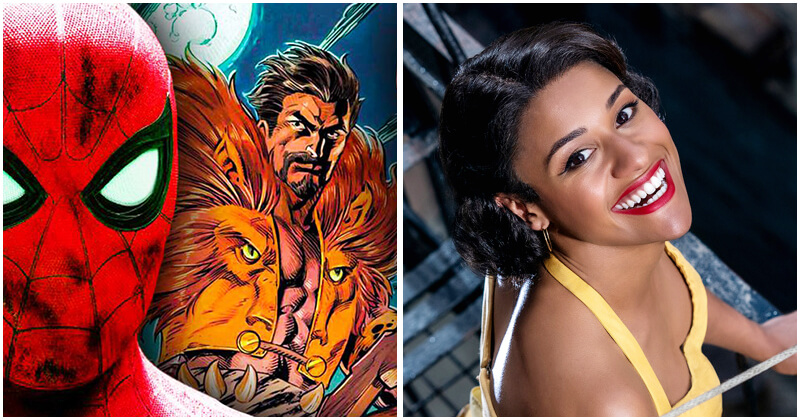 After the incredible commercial success of Venom (2018), Sony Pictures has accelerated the production of some projects in its cinematic universe, which center on the villains and secondary characters of the Spider-Man comics. One of them is Kraven the Hunter, a stand-alone film directed by J.C. Chandor and written by Richard Wenk. The movie, currently scheduled for January 13, 2023, will feature Aaron Taylor-Johnson (who plays Pietro Maximoff aka Quicksilver in Avengers: Age of Ultron) as the protagonist.

According to what was reported by the authoritative Deadline, Ariana DeBose would have entered the cast of Kraven the Hunter in the role of Calypso. The actress played the character of Anita in Steven Spielberg’s remake of West Side Story, for which she won the Screen Actors Guild Award and Golden Globe Award for Best Supporting Actress and received her first Oscar nomination. Created by Dennis O’Neil and Alan Weiss in 1980 and first appeared in the pages of The Amazing Spider-Man #209, Calypso Ezili is a voodoo priestess endowed with resurrection and the power to control the minds of others. She was also the one who provided Kraven the Hunter with the mystical potion that enhanced his strength and endurance.

In the comics, Calypso was also a love interest of Kraven and the one who fueled his hatred of Spider-Man. Considering that Calypso has always been represented as a traditional evil witch who practices voodoo rituals (a stereotype often perpetrated by American films), it remains to be seen how Sony will modernize the character so she would not fall back into a stereotype, and whether the studio will follow a more faithful version of African religion. Kraven the Hunter will be produced by Avi Arad and Matt Tolmach, while the screenplay will be edited by Art Marcum, Matt Holloway and Richard Wenk. The cast of the project currently includes Aaron Taylor-Johnson (Sergei Kravinoffl / Kraven), Fred Hechinger (Dmitri Smerdyakov / Chameleon) and Russell Crowe (Nikolai Kravinoff).

According to Richard Wenk’s statements, the film will be inspired by the famous comic book Kraven’s Last Hunt (1987) by J.M. DeMatteis, although it is unclear whether or not it will involve Tom Holland’s Spider-Man.