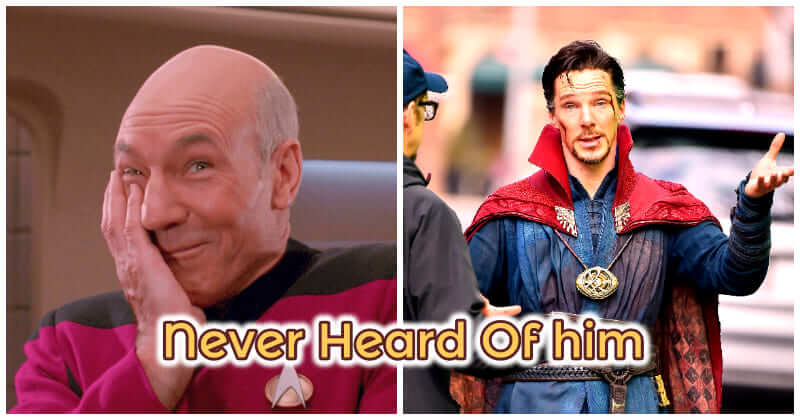 Sir Patrick Stewart appears to have never heard of Doctor Strange, a.k.a. The Sorcerer Supreme, a.k.a. Master of the Mystic Arts, from Marvel Universe. This follows after the teaser for Doctor Strange In The Multiverse Of Madness appeared to hint that Partick Stewart’s Professor X will appear in the film. In terms of the script, Stewart has been playing a bit of a dummy. He recently stated that there are a lot of individuals who can make a great impersonation of him, hinting that the voice was truly someone imitating his voice. Sir Partick Stewart was questioned if that was his voice in the Doctor Strange teaser during a recent conversation with Yahoo! Entertainment’s Ethan Alter. Here’s what he had to say in response to the query:

Here’s Patrick Stewart with the perfect response to those #DoctorStrange rumors. 👑🖖 pic.twitter.com/oFsXvalKPJ

Sir Patrick, you’ve done a great job. Doctor Strange, we’re sure you’ve never heard of him! Seriously, the role is performed by Benedict Cumberbatch, with whom he is a close colleague. What we do have to state is that Patrick Stewart is performing just as well as Andrew Garfield did before the premiere of Spider-Man: No Way Home a few months ago. These performers are masters of deception. It is actually their business to fool others. It’s no surprise that they’re all really adept at it.