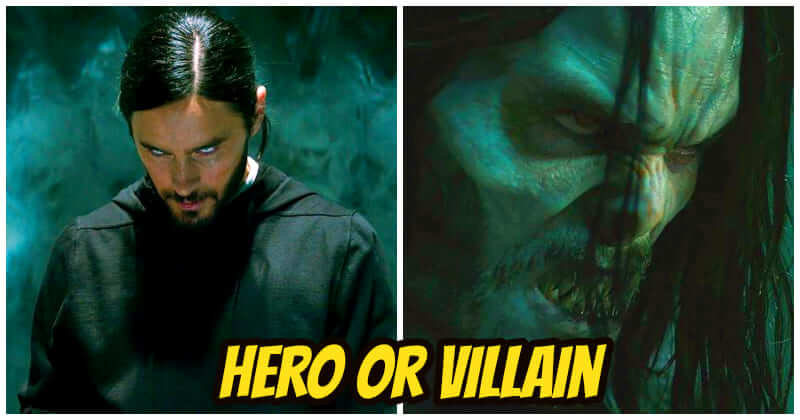 Morbius is the next character to emerge from Marvel Studio’s roster of famous characters. Many figures will continue in the MCU thanks to an agreement negotiated between Sony and Disney, and Morbius is one of them, fortunately for us. In 1971, writer Roy Thomas and illustrator Gil Kane developed Morbius, the Living Vampire. Initially appearing in the Spider-Man comics, the character developed to become the focus of his own series of comics. Morbius has remained a familiar name throughout the years, despite being less famous than Spider-Man and other MCU characters Venom, thanks to appearances in video games and Spider-Man: The Animated Series. The Morbius film was originally set to hit theaters in July 2020. Throughout 2020 and 2021, unfortunately, the launch date was repeatedly pushed back. The premiere date has been set for April 1, 2022, about two and a half years after the film’s initial trailer was released. Sony Pictures obviously plans to establish an interlinked universe for the Marvel characters by introducing the character of Morbius to viewers.

Michael Morbius was born and raised in Greece, despite having a crippling blood disorder since he was a child. Morbius had just one buddy, Emil, because he was generally kept in seclusion. In their quest to find a solution for Morbius’ ailment, the two go on to become well-known scientists and biochemists. Morbius becomes a pseudo-vampire as a result of an experiment they undertook as a last-ditch effort to heal him using electroshock and vampire bat DNA. Morbius then murders his companion Emil and takes on the identity of the Living Vampire.

He possesses powers such as flight, great strength, night vision, and the ability to mesmerize, and he must drink blood to survive. Morbius, unlike other vampires, can be exposed to some sunlight and is not susceptible to spikes through the heart or holy objects. It might be difficult to determine if a character is a villain or a hero. In Marvel Comics, Michael Morbius was initially presented to his audience as Spider-adversary. Man’s He was portrayed as a ferocious vampire, and he became Peter Parker’s main opponent. Morbius, on the other hand, wasn’t only a vampiric monster driven by the need to murder. He wasn’t known for draining his victims. And this is when things become tricky.

While protecting innocent people, the Living Vampire also accomplished some good. Dracula and his daughter, Lilith, were among Morbius’ foes in these heroic escapades. He also had a compassionate side, where he despised who he had become and the devastation wrought by his actions. He never stopped fighting the darkness within him, assisting good guys like Doctor Strange and Blade in their battles against the darkness.

Michael Morbius’ traits lead one to believe that he is an anti-hero, not a hero or a villain. Morbius has cleansed himself as a Spider-Man enemy via his ongoing struggle against his vampiric impulses. His mountain of regret and shame for injuring innocent people, which even drove him to suicide thoughts, has firmly established him as a hero. He cannot, however, be classified as a perfect protagonist because his bloodlust compels him to drink human blood, even though he only drinks the blood of evil persons who deserve it and does not injure innocent people in the process. As a result, Morbius treads a fine line between good and evil, terrible in that he requires human blood to survive, and good in that he makes every effort to kill only those who deserve it while sparing the innocent. As a result, the Living Vampire is best described as an anti-hero, a figure that has wicked traits but also exhibits profound sorrow and seeks to redeem his wrongdoings.

How Will the Film Portray Morbius?

“One of the most compelling and conflicted characters in Sony Pictures Universe of Marvel Characters comes to the big screen as Oscar® winner Jared Leto transforms into the enigmatic antihero Michael Morbius. Dangerously ill with a rare blood disorder and determined to save others suffering his same fate, Dr. Morbius attempts a desperate gamble. While at first, it seems to be a radical success, the darkness inside him is unleashed. Will good override evil – or will Morbius succumb to his mysterious new urges?” The movie is being staged as an origin narrative, fleshing out his persona and giving depth to the hitherto sidelined role, according to Sony Pictures. Fans’ predictions that Sony will build Morbius’ plot to depict his ongoing struggle between good and evil look to be right. In keeping with the comics, we may anticipate Morbius delving into the domains of good and evil, hero and villain while creating the character. Jared Leto, an Oscar winner, has been chosen to star Dr. Michael Morbius. Leto, who portrayed The Joker in 2016’s Suicide Squad, will reprise his role as the Joker in this film.

If Leto’s depiction of The Joker is any indication, fans can anticipate a one-of-a-kind appearance from the actor. Adria Arjona, Tyrese Gibson, Jared Harris, Matt Smith, and Al Madrigal are among the film’s other members of the cast. Michael Keaton will also return as Adrian Toomes (AKA The Vulture), giving the film a Spider-Man link.

Morbius will surely be a delight to see, despite being darker and more sophisticated than past Marvel films. On April 1, 2022, if all goes according to plan, Sony will release another masterpiece.

14 Stars Who Were Jerks Before Making Their Names