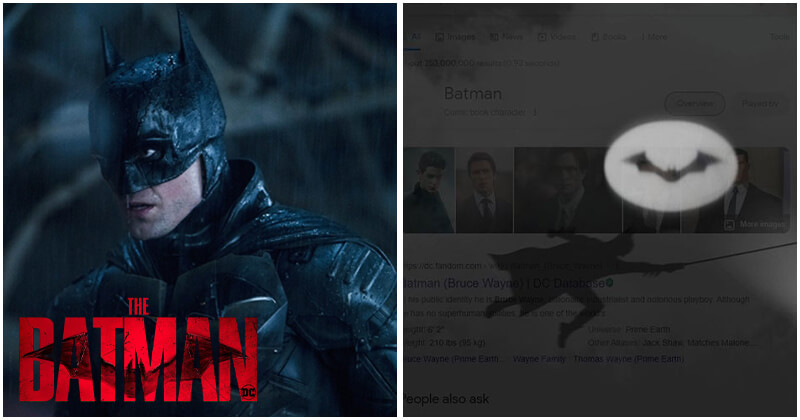 There is very little time left before The Batman officially lands in theaters, yet the promotional campaign for the film still continues in an increasingly intense manner. Between interviews, presentations and events, Google’s turn has also come.

In fact, a really cool Easter egg has been added to the search engine to celebrate the release of the film. Accordingly, when users search for keywords related to the Batman universe such as “Bruce Wayne” or “Gotham City”, both from a computer and a smartphone, a Bat-Signal will appear on the screen which, if clicked or tapped, will start a short Batman-themed animation.

You can summon #TheBatman if you Google ‘Bruce Wayne’ 👀 pic.twitter.com/GMjNkMHiUF

According to what was reported by Google, the initiative did not come from Warner Bros. This idea actually came from Google itself to celebrate the film, and more generally the character.

This Easter egg will remain active for the whole of next year and obviously, this is also a strategic move for the company’s own gain given that, according to the presales numbers, The Batman seems to be a great success, at least at the box office level. The success that the DC project could have is also taken into account by Warner Bros. executives, who in fact are already in talks with Matt Reeves for a possible sequel to The Batman. At the movie’s premiere, Reeves already confirmed this information with The Independent.

“I really believe in what we’ve done and I’d be excited to tell more stories… We are already telling other stories in the streaming space, we’re doing stuff on HBO Max, we’re doing a Penguin show with Colin [Farrell], which is gonna be super cool,” the director said. “And we’re working on some other stuff, too, but we have started talking about another movie.” The Batman will hit theaters on March 4.