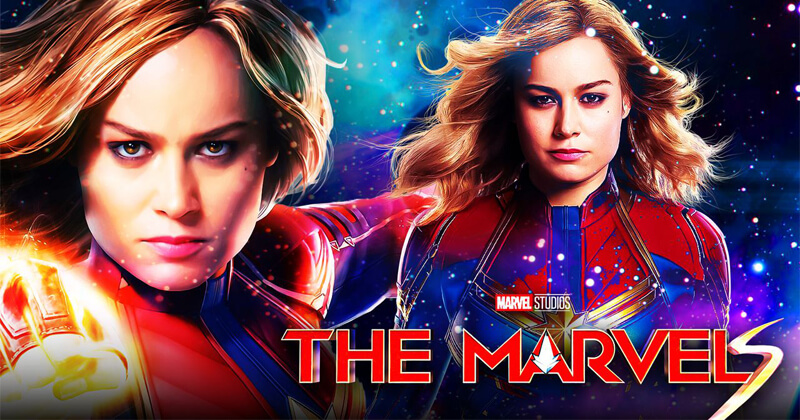 In a recent interview with Uproxx, Brie Larson has answered some questions about her next role in The Marvels. Details of the film’s plot are still unknown, but Larson has been able to discuss how much she enjoyed working with director Nia DaCosta and how imaginative the script is.

“I can’t say enough about how incredible our director, Nia DaCosta, is and what an honor it was to work with her, what an immense talent she is, how much I just feel like she’s the future,” she said. Talking about the script, the Captain Marvel star stated that it strongly impressed her.

“When I read the script for the first time, I couldn’t believe what I was reading,” Larson shared. “I was like, this is bonkers. And it’s the thing that I love about Marvel, is that they continue to reinvent. They continue to do the thing that you just would never think would be possible in these films. And they’re not afraid to go there. So I’m super excited about what we did.”

The actress also went on to say that fans will be delighted with the film.

“I think there are some huge personal achievements of mine that I’m really excited about sharing, but you know, it’s fun to have a bit of a secret. And it’s fun to know that, when this film comes out, people are going to be delighted. And I get to keep that to myself for a little bit longer,” she added. The Marvels is a sequel to the 2019 superhero hit Captain Marvel starring Oscar winner Brie Larson, which grossed $ 1 billion at the worldwide box office. Its script is written by Megan McDonnell, screenwriter of the acclaimed WandaVision series.

Unfortunately, the directors of the first movie Anna Boden and Ryan Fleck will not be back behind the camera. As mentioned above, The Marvels is being directed by Nia DaCosta, director of the 2021 supernatural slasher film series Candyman.

In addition to Brie Larson, the cast of The Marvels also includes Iman Vellani (Ms. Marvel, who we will also see in the same name TV series coming to Disney+) and Teyonah Parris (Monica Rambeau, who already appeared in WandaVision). Actress Zawe Ashton plays the main villain of the movie, whose identity has yet to be revealed.