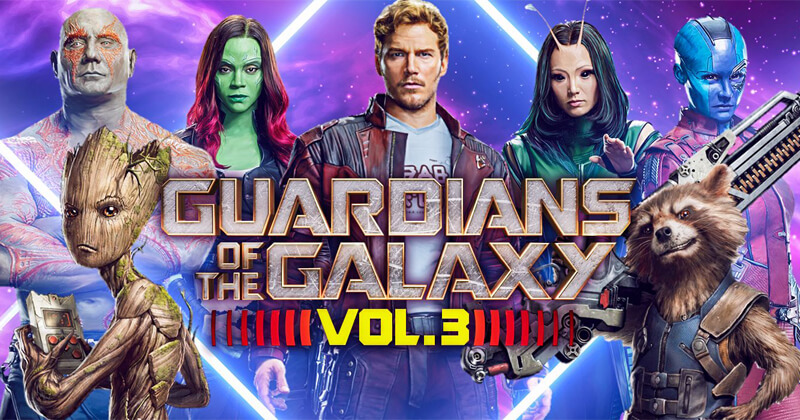 After a hiatus from production following Disney’s temporary firing of James Gunn, Guardians of the Galaxy Vol. 3 officially began filming last November. This third chapter will represent the end of the current formation of the team we know by laying the foundations for something new, and will conclude the narrative arc of some characters. In an interview with Variety, James Gunn talked about the influence of his other works – The Suicide Squad and HBO Max’s Peacemaker series – on Guardians of the Galaxy Vol. 3, explaining that he has not only learned to better balance his professional life with his private one but also given this Marvel movie a “different type of groundedness” compared to the first two chapters of the franchise.

“I had as much fun as you could have during COVID making Peacemaker, and so I’m trying to apply that more to Vol. 3,” the director explained. “In all truth, the first two Guardians, I love the cast and crew, but they were really difficult to make. And a lot of that was self-imposed difficulty by me. I realized after Vol. 2 that I couldn’t continue to live a life if I made everything I did like Vol. 2, which I just killed myself over, unnecessarily. I needed to balance my life a little bit better. And so I’ve been applying that to Vol. 3.” “I think The Suicide Squad also has informed Vol. 3 a lot in terms of how we’re shooting it. There’s a different type of groundedness, I think, in this movie that we had in both Peacemaker and Suicide Squad. I learned so much from everything that I do,” he added.

Guardians of the Galaxy Vol. 3 is both written and directed by James Gunn and scheduled for May 23, 2023. The movie stars Chris Pratt as Peter Quill aka Star-Lord, Zoe Saldana as Gamora, Dave Bautista as Drax, Bradley Cooper as Rocket Raccoon, Vin Diesel as Groot, Karen Gillan as Nebula, Will Poulter as Adam Warlock, Chukwudi Iwuji as High Evolutionary, Elizabeth Debicki as Ayesha, Sean Gunn as Kraglin and Sylvester Stallone as Stakar Ogord.