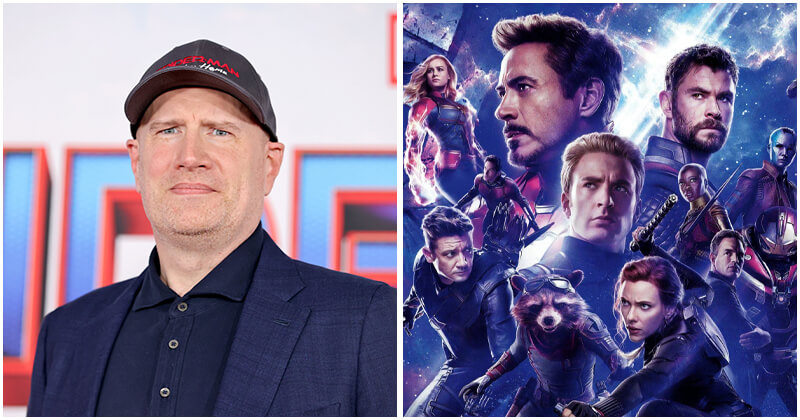 Interviewed on the occasion of the Marvel Studios Assembled episode dedicated to Eternals, Kevin Feige has returned to talk about the conclusion of the Infinity Saga. In particular, the President of Marvel Studios has made it clear that for the moment, they have no plans for a possible return of an Avengers movie.

It’s not the first time audiences have wondered if the Avengers team will return to the big screen, but Kevin Feige has referred to Avengers: Endgame as the “final movie” dedicated to that part of the franchise. This is a shade of English, but Feige actually used “the final” instead of “the last”. “Marvel Studios and the Marvel Cinematic Universe is now past their tenth anniversary and with the release of the final Avengers movie, we’ve finally completed a 22-movie Infinity Saga,” said Feige.

Obviously, like every time we talk about the Marvel Cinematic Universe, the words spoken by executives, actors and directors always leave some space for us to find out what they truly mean. This is because the plans of Marvel Studios are always cryptic and from the inside, they try to filter as little as possible.

“Where do we go from there? Where do we start? What we really wanted to do was two things: start fresh with whole new characters, new storylines, but also go back to some of the deepest richest mythology in all of Marvel Comics,” he added. Now, it’s not clear what this means for the future of the MCU, but it’s likely that there will be more Avengers films anyway, maybe they just won’t be titled as the movies in the past.

After all, Hawkeye (Jeremy Renner) has just started training Kate Bishop (Hailee Stenfeld), Sam Wilson (Anthony Mackie) is embarking on his path as the new Captain America, Captain Marvel (Brie Larson) will return in The Marvels, Doctor Strange (Benedict Cumberbatch) and Wanda Maximoff (Elizabeth Olsen) have their load of problems with the Multiverse as seen in the trailer for Doctor Strange in the Multiverse of Madness, and Thor (Chris Hemsworth) must face a new enemy – Gorr (Christian Bale) along with Jane Foster (Natalie Portman).

In short, for another Avengers movie, we will have to wait. But in the meantime, our favorite heroes will not remain idle.

How Celebs Might Appear Should They Grow Older Naturally