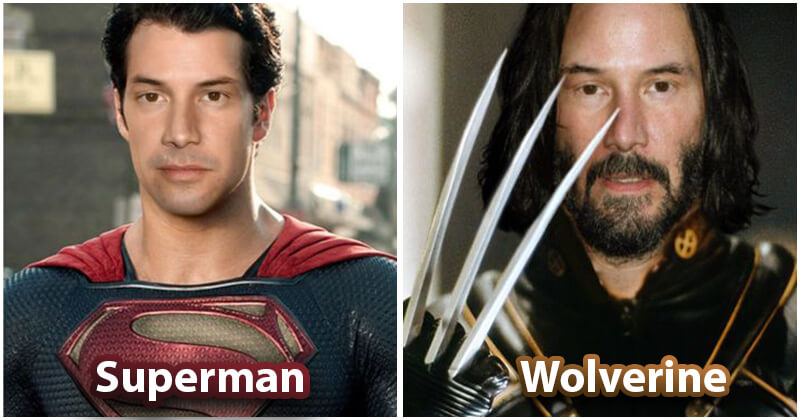 It’s no secret that Keanu Reeves has met Marvel President Kevin Feige for a role in Marvel Cinematic Universe, at least twice. The first time was back in 2019, when Feige opened up that they talked to the actor for “almost every movie” they made and personally this producer “would really like to find the right way to bring him into the franchise”. The next time was only two months ago, when Reeves himself admitted that they had “nothing in hand” and needed to “find an agreement”. In other words, both parties are strongly interested, but we still have to wait a while longer to see our beloved action star officially take part in one of the most magical universes in the cinematic world.

However, before catching a glimpse of The Matrix star on the big screen as a part of the MCU, we can still have a little fun by imagining him as different superheroes in both Marvel and DC movies! Even though the original actors seem to be born to land those roles, Keanu Reeves would definitely be just as great if he was given the chance, right? Scroll down, check these pictures out, and don’t forget to tell us which one is your favorite!