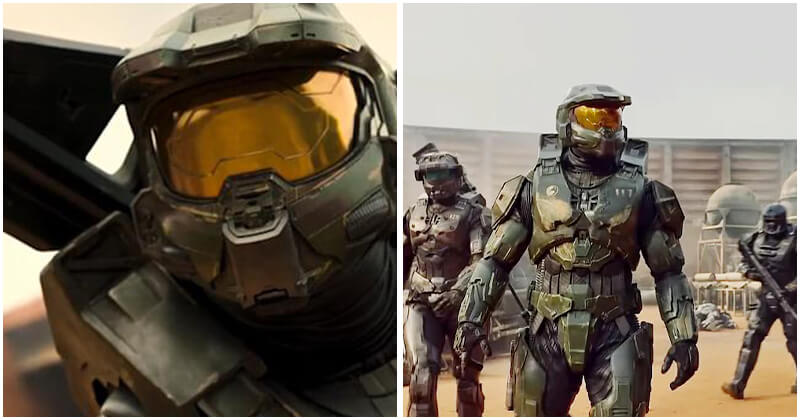 Developed by Paramount+ in collaboration with Amblin Entertainment and software house 343 Industries based on the iconic same-name video game, the highly anticipated new series Halo has just showed up with the first official trailer a few weeks ago, arousing enthusiastic reactions from fans. The production effort alone for the realization of the first ten episodes touched the incredible figure of 200 million dollars, testifying to the trust that Paramount places in the project, and now there seems to be confirmation of its intention to go much further.

During the presentation of the investors of this streaming platform, the renewal of the show for a second season has been officially confirmed. Accordingly, in Halo season 2, David Wiener (writer and co-executive producer on AMC’s Fear the Walking Dead) will take the place of Kyle Killen as the showrunner. In short, the television adventures of the heroic Master Chief seem to be only just beginning. “Halo is an expansive, world-building opportunity for Paramount+, and we’re thrilled to give fans a second season to look forward to before we launch the series next month,” said Chief Programming Officer Tanya Giles. “Halo will deliver a thrill-ride for fans of the game and non-gamers alike, as it ties together stunning visuals with a deeper look at the personal stories behind these iconic characters, all set within an epic battle for the future of humanity.”

As confirmed in a recent interview by producer Kiki Wolfkill, the series will also inaugurate a new narrative canon of the Halo universe, which will be detached from the videogame one we already know.

“We do have some context and perspective that is different from some of those stories that we’ve experienced or read about in the games,” he explained. “We’re referring to this as the Halo Silver timeline as a way of differentiating it from core canon, in both protecting core canon, and protecting the television story. And by that I mean being able to give ourselves the chance to evolve both, and for both to be what they need to be for their mediums without colliding with each other.” As for the cast, the iconic protagonist of the series Master Chief will have the face and size of Canadian-American actor Pablo Schreiber. Jen Taylor will be none other than Cortana, the faithful I.A. ally of Master Chief.

We will also see Natascha McElhone as Doctor Catherine Elizabeth Halsey, creator of the super-soldiers of the Spartan program, and Bentley Kalu, Natasha Culza, Kate Kennedy as Spartan Vannack-134, Spartan Riz-028, and Spartan Kai-125, respectively. Bokeem Woodbine will play Soren-066, a longtime soldier friend of the Master Chief with whom he will have a conflicted relationship.

Kyle Killen is the designated showrunner of the series, while its directors include Otto Bathurst and Jonathan Liebesman. Steven Spielberg, who has been involved in the project since its inception, will appear among the executive producers.

In addition, there will also be Danny Sapani as Captain Jacob Keyes, Olive Gray as Miranda Keyes, Shabana Azmi as Admiral Margaret Parangosky, Charlie Murphy as Makee, while Yerin Ha will be the interpreter of a new character named Quan Ah, who is described as a courageous sixteen-year-old from the outer colonies with a strong bond with the protagonist.

Halo will be streamed exclusively on Paramount+ later this year.