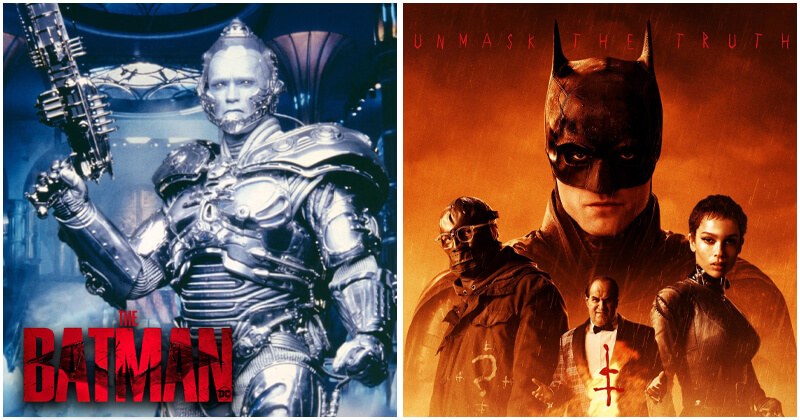 With the various trailers and commercials of The Batman shown so far, it is now undoubted that the new incarnation of the Dark Knight imagined by director Matt Reeves will move in a world strongly marked by realism and film noir. Such an approach certainly brings him closer to the dry style of Christopher Nolan’s trilogy than to Tim Burton’s gothic, or to the version mostly navigated by the characters proposed in Zack Snyder’s films. Consistent with the style set in the new film, the Riddler – the main villain of The Batman if there’s no big surprise waiting ahead – has been reimagined as a brilliant serial killer who aims to clean up all the rotten Gotham, thus making himself more like John Doe from Se7en than to the original character. However, thinking about a possible sequel to the film, Matt Reeves does not seem to have problems in taking into consideration the villains with more cartoonish characteristics or less rooted in realism, as emerged in a recent interview with Collider in which he quoted Mr. Freeze.

“In my view, I just feel drawn to finding the grounded version of everything. So to me it would be a challenge in an interesting way to try and figure out how that could happen, even the idea of something like Mr. Freeze, that such a great story, right?” The director shared.

Mr. Freeze has already been brought to the big screen in 1997 by Arnold Schwarzenegger in Joel Schumacher’s famous work Batman & Robin, and it would certainly be interesting to see a new, more plausible and in-depth version of this iconic villain. “I think there’s actually a grounded version of that story, which could be really powerful and could be really great. So, I love the fantastical side of Batman, but this iteration, obviously, while being, to me, I think it is very comics faithful, but I don’t think that this one is necessarily, it doesn’t lean as hard into the fantastical, I guess,” Reeves added. “But I think to me what would be interesting would be to try and unwind the fantastical and see, well, how could that make sense here? And so that’s kind of my view, how I see it.”

In this regard, a possible clue to the existence of Mr. Freeze in the world of the new Batman had emerged on the set just before filming began in October 2020, thanks to a poster torn in an alley. Here we can in fact read “Destroy Gothcorp”, which seems to be a reference to the multinational originally introduced in Batman: The Animated Series. There we met Victor Fries – who would soon become Mr. Freeze in the future – working on a cryogenic system to put his sick wife Nora into suspended animation. However, the intervention of the company’s CEO Ferris Boyle caused an accident that made Nora gone forever, leaving Victor mutated and unable to survive outside of freezing temperatures.

Directed by Matt Reeves and written by writing prodigy Mattson Tomlin with the contribution of Reeves himself, The Batman will be set in a new universe detached from the DC Extended Universe, called Earth-Two. The cast of the movie features Robert Pattinson as Bruce Wayne in his second year as a masked vigilante. There will also be Zoë Kravitz as Selina Kyle, Colin Farrell as Oswald Cobblepot aka Penguin and Paul Dano as the film’s main villain, the Riddler.

The Batman will hit theaters on March 4 and run for 2 hours and 47 minutes, excluding the credits.