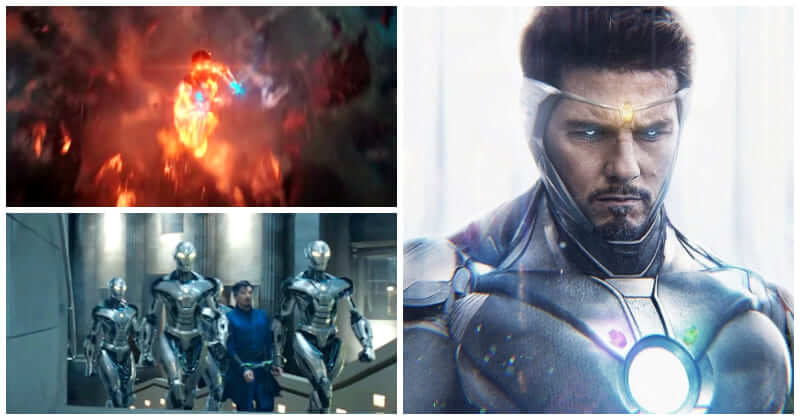 In the latest video for Doctor Strange in the Multiverse of Madness, fans claim they’ve glimpsed Tom Cruise as the Superior Iron Man. Many people think Cruise would succeed Robert Downey Jr. as Tony Stark/Iron Man in the Marvel Cinematic Universe, based on recent reports and disclosures. Many people believe the Mission: Impossible actor was hidden in plain sight after seeing the Doctor Strange 2 Super Bowl teaser, which includes a mystery person radiating an orange light. The arrival of several Ultron bots that looked like Iron Man fueled this even further.

Hey, Superior Iron Man is trending.
I have no inside information but when @ycinar and I created Tony’s Endo-Sym armor, it was designed to glow red/orange when he was angry. #DoctorStrange #MultiverseOfMadness pic.twitter.com/mZe7vk2tNG

THIS IS TOM CRUISE. THIS IS SUPERIOR IRON MAN. THIS IS HIM MY HEAD IM SWEATING RN #MultiverseOfMadness pic.twitter.com/0teY6TJTRY

Well you and me both! Bcs also who could make the ultron bots? Only an iron man variant could do that and they basically look like the superior iron man! Thats why I think it will be him and not rambeau or maria ! pic.twitter.com/8HodH2qbLg

I reckon this is Tom Cruise as a ‘Superior Iron Man’ variant and member of Professor X’s Illuminati that Doctor Strange is being taken to for trial. Notice those are iron man/ultron-esque robots 🤔#DoctorStrange #MultiverseOfMadness #DoctorStrange2 pic.twitter.com/ySa1RHnnYN

Superior Iron Man portrayed a Tony Stark whose character had been reversed, making him into an amplified and harsher version of his already quirky nature. It was based on the 2014 film AXIS. He came to San Francisco, constructed a white suit of armor that enabled his face to be seen, and effectively coerced folks to get hooked to a new version of Extremis by making it available and then charging an exorbitant amount for ongoing daily usage. Tom Taylor wrote the nine-issue story, which was drawn by Yldray nar and Laura Braga, inked by Cory Hamscher, Ruy José, Juan Vlasco, Jay Leisten, Walden Wong, and Tom Palmer, and colored by GURU-eFX. Clayton Cowles lettered the last issue. Cruise, on the other hand, has a long history with Iron Man. In 1998, the actor showed an interest in developing a live-action Tony Stark movie and stated his passion to play the character. Downey Jr. ultimately soon get the part, having already played Iron Man in 3 standalone films, 4 Avengers films, Captain America: Civil War, and Spider-Man: Homecoming.