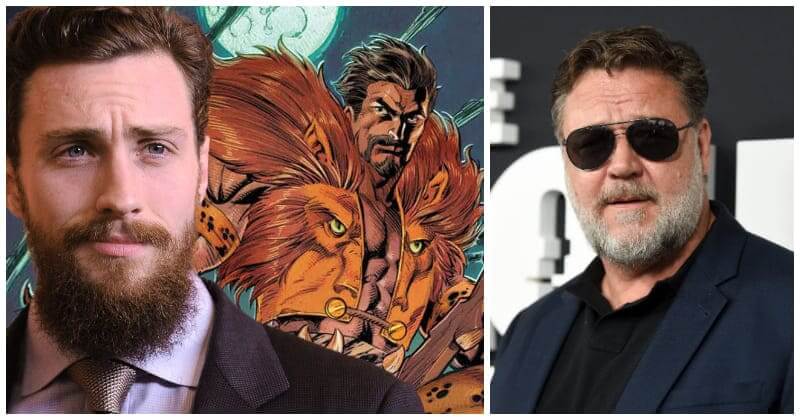 It appears like Sony is coming closer to releasing their Kraven the Hunter film. The character, who originated in Marvel Comics, has been a lifelong foe of Spider-Man, yet his past and motivations make him a little more complicated than your ordinary power-hungry criminal. Aaron Taylor-Johnson has already been cast as Kraven, and J.C. Chandor is set to helm the film.

According to The Hollywood Reporter, a new big-name actor has joined the cast, with Russell Crowe taking on an unspecified role. THR’s only comment on who he’ll be portraying is that, while the plot of the picture is unclear “many of the main characters are said to be Kraven’s family members.”

From the comic, Kraven does have a huge family in canon, including multiple descendants who have gone on to become super-villains in their very own way. Alyosha Kravinoff, for example, took on the persona of Kraven the Hunter for a while, a variant of a younger Kraven, who must cope with the heritage of his father, who might be portrayed by Crowe. Crowe would have been a fantastic Kraven the Hunter in his Gladiator peak. As Kraven’s father, he makes sense.

Nevertheless, Sony as well as its Spider-Man offshoot world of films will be put to the test with this production. Venom is a well-known character who has featured in several animations and cinemas as part of Spider-Man 3 before getting his own film. He already had the name recognition to be the face of his own franchise. Is Kraven one of them? We don’t have any idea. The film Kraven the Hunter is set to hit theaters on January 13, 2023.