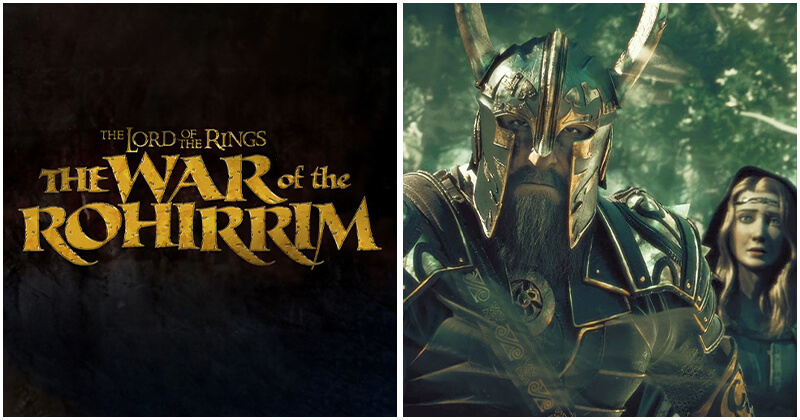 After a few months of silence on the project, new updates have arrived on the long-awaited fantasy film The Lord of the Rings: The War of the Rohirrim.

Accordingly, its story will focus on the events behind Helm’s Deep, the stronghold of the homonymous and iconic battle seen in the second film of the saga – The Lord of the Rings: The Two Towers. It will also revolve around the man who gave the stronghold its name: Helm Hammerhand, the legendary King of Rohan with prodigious physical strength, who spent most of his life engaged in a long and costly war. As rumored in recent months, the film will be set in the world of Peter Jackson’s film trilogy, about two centuries before the events seen in The Hobbit. This bond is also noticeable in the first official concept art of the film, which you can see below:

Warner Bros. has also confirmed the release date of The Lord of the Rings: The War of the Rohirrim in theaters, which is scheduled for April 12, 2024.

The film is directed by Kenji Kamiyama, who is most known for his work with the anime series Blade Runner: Black Lotus and Ghost in the Shell: Stand Alone Complex. Philippa Boyens, the backbone of the script team behind The Lord of the Rings and The Hobbit trilogies, is also involved as executive producer. Her daughter Phoebe Gittins and Arty Papageorgiou are rewriting the script based on the first draft presented by Jeffrey Addiss and Will Matthews.

The creative team also includes artist Richard Taylor, former Academy Award winner for prop-design and visual effects from The Lord of the Rings, and two illustrators Alan Lee and John Howe. Joseph Chou, already working on Blade Runner: Black Lotus, will be the producer of the film. And members of the voice cast will be announced shortly.

Commenting on her return to work on Middle-earth in a new guise, Philippa Boyens said: “I’m in awe of the creative talent who have come together to bring this epic, heart-pounding story to life, from the mastery of Kenji Kamiyama to a truly stellar cast.” “The Lord of the Rings films took Tolkien’s masterwork to new cinematic heights and inspired a generation,” he said. “It’s a gift to be able to revisit Middle-earth with many of the same creative visionaries and the talented Kenji Kamiyama at the helm. This will be an epic portrayal unlike anything audiences have ever seen.”

The Lord of the Rings: The War of the Rohirrim will be directly linked to the trilogy directed by Peter Jackson instead of relating to the upcoming TV series by Amazon Studios.