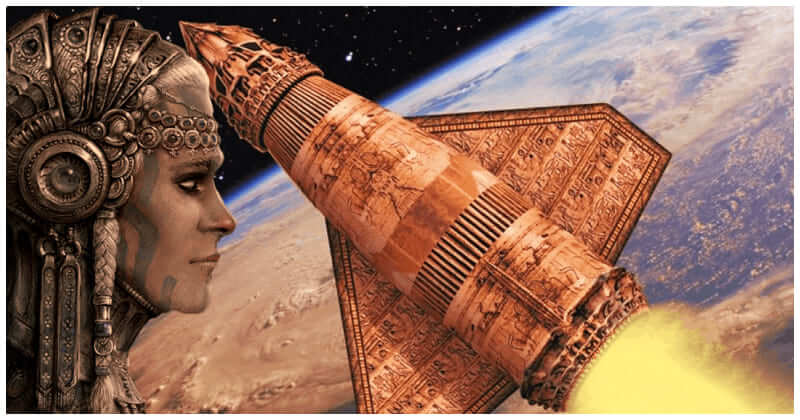 Iraqi Minister of Transport Kadhim Finjan made an astonishing statement during a business trip to Dhi Qar Governorate in 2016, claiming that the Sumerians had their own spaceport and actively traveled around the Solar System.

The Sumerians were an advanced civilization that existed roughly 7000 years ago between the Tigris and Euphrates rivers in Mesopotamia, which eventually became Babylonia and is now in Iraq and Syria.

In terms of architectural splendor, the Sumerian pyramids are not inferior to the Egyptian counterparts.

A number of explanations about the purpose of the ancient ziggurats, the giant buildings dating back to ancient Mesopotamia times, including ufologists’ curiosity, have been brought forward, but absolutely no one have anticipated an administrator to speak of the mystery in such a determined manner. Specifically, the aforementioned ziggurats are large structures built to raise the temple closer to the heavens, representing a spiritual link between heaven and earth.

The gods invented the wheel, cuneiform script, arithmetic, geometry, irrigation, saws and other tools, sandals, chariots, harpoons, and beer, among other things.

Minister Finjan thinks that the Sumerians constructed the first airports and spaceship platforms in the ancient towns of Eridu and Ur some 7000 years ago. However, he didn’t clarify how the Sumerians obtained such technology and gave no reasons why the trace of their existence has all gone.

Professor Kamal Aziz Ketuly wrote that, during his trip to the Iraqi Museum in Baghdad’s Sumerian wing, he had a chance to observe 3 Sumerian clay tablets with cuneiform writing and illustrations dating back to roughly 3000 BC, claiming to have discovered heliocentric depictions of the solar system on one of the tablets.

He said that the inscriptions read like this, “Mesopotamians utilized a calendar with months and years beginning in 3000 BC, indicating that the Moon was examined at that early age.”

“All five planets visible to the naked eye, as well as the Moon, the Sun, the stars, and other celestial phenomena, were known and studied” in ancient Mesopotamia. Mercury, Venus, Mars, Jupiter, and Saturn are the planets involved. Scientists have various theories about how multi-tier temples came to be. One of them is the importance of keeping the buildings in good condition for as long as possible, as it was built for the gods. Consequently, each subsequent tier was erected on top of the one before it.

The search for the higher realm was illustrated clearly by the Sumerians, and the number of ziggurats may match the number of well-known figures.

It’s also essential to note that Lower Mesopotamia wasn’t rich in woods and minerals, not to say the region was seriously lacking them. And the fact that Sumerians were busy traders also made it difficult to determine the source of the materials for full-fledged spacecraft.

The truth will still wait for long before being exposed, and suppose that the Sumerians had conquered the space, they would have long abandoned our beloved planet.