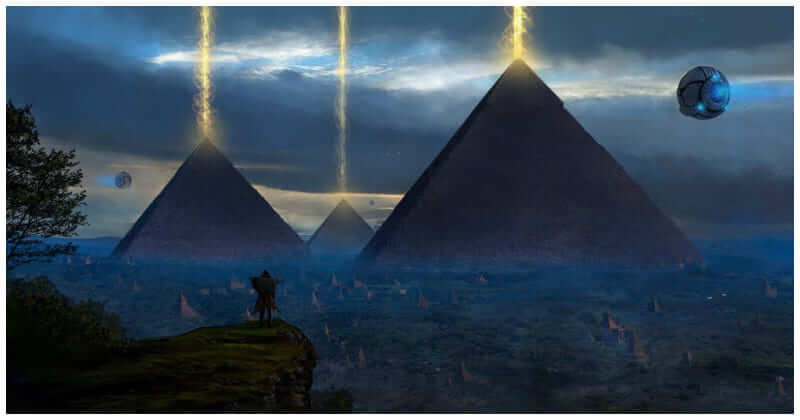 Scientists are only studying about the hidden powers of the mysterious construction built thousands of years ago, and they have found that the Pyramid can collect and concentrate electromagnetic in its chambers and at its base. The 456-foot tall building was constructed as tomb for pharaoh Khufu (Cheops) 4,500 years ago in Greater Cairo, Egypt, which has been famous for being the oldest building of the Seven Wonders of the Ancient World.

Among the mysteries of the pyramid that experts are working hard to figure out, there has been one discovered recently by a team of researchers led by scientists from the ITMO University, St Petersburg, Russia.

The scientists created a model of the pyramid to measure its electromagnetic response, using the model to observe the way wave energy is scattered or absorbed by the pyramid and testing the interactions with waves of resonant length – ranging from 656 feet to 1968 feet.

They assumed that we might benefit from more efficient sensors and solar cells should the pyramid’s capability of focusing power be recreated on a nanoscale size.

The study, published in the Journal of Applied Physics, says: “In general, one may conclude that pyramidal objects located on a substrate and supporting multipole resonances can significantly suppress the reflection of incident electromagnetic waves.

“In the earth conditions, this could be used for controlling the radio-wave propagation and reflection. Due to the scaling properties, such a behavior can be realized in different spectral ranges for suitable material and geometrical parameters.” Dr Andrey Evlyukhin, scientific supervisor and coordinator of the research, believed that Egyptian pyramids in general and the Great Pyramid of Giza in particular have always drawn great attention, not only from the public, but also from researchers.

This led to the scientists deciding to see the Great Pyramid as a particle dissipating radio waves resonantly. However, because of the lack of data related to the pyramid’s physical attributes, they had to make some assumptions.

For instance, they assumed that there are no unknown cavities inside and that the building material with the properties of an ordinary limestone is evenly distributed in and out of the pyramid.

Judge In Darrell Brooks Case: Who Is Jennifer Dorow?

Is There Going To Be A Season 5 Of Manifest?