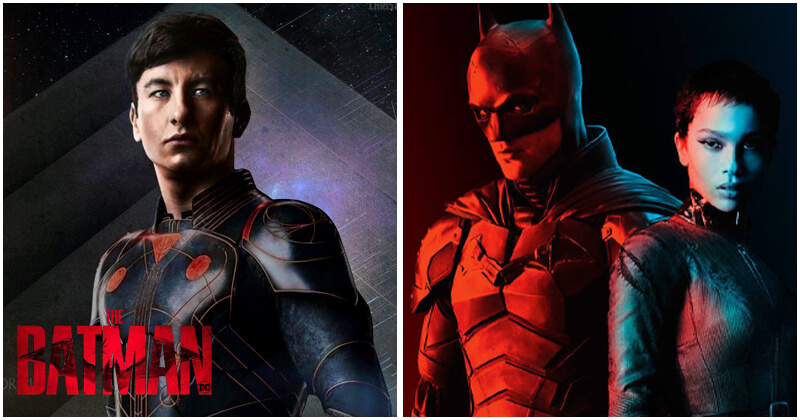 Recently, a leaked image has begun to spread on Twitter, and it somehow teases the mysterious role of Eternals star Barry Keoghan in Matt Reeves’ The Batman. Keoghan’s involvement in The Batman is actually no secret. In fact, the actor has been also marked on the film’s list of performers on all major sites and his appearance has also been confirmed by the director and some actors. He seems to play the role of Police Officer Stanley Merkel, but is that just an alias? Besides, Keoghan is obviously no ordinary actor, could he really play just one of the many policemen of the Gotham City Police Department?

Since the announcement, there have been numerous leaks that might have revealed the identity of the character that Keoghan will portray, albeit briefly on the big screen alongside Robert Pattinson, interpreter of Bruce Wayne aka Batman. According to the new leaked image, the actor would play none other than the Clown Prince of Crime – The Joker. In the image, which was unofficially released through a Twitter account and was deleted shortly afterward, Keoghan is framed smiling and wearing a colorful shirt that reminds people of the Arkham uniform.

Therefore, we do not know if the image is actually true, but it corresponds to those details concerning the character of the Joker of this universe as revealed by numerous sources. Notably, according to other sources, this famous villain would appear only in one of the two versions of the film and even the crew is not sure if it would be shown to the public. In fact, Warner Bros. has been reported to be evaluating two different montages for The Batman during the screening tests and only one of the two would be presented while the other would not. The Batman is expected in cinemas on March 4th and features in the cast besides Robert Pattinson as the protagonist, Jeffrey Wright as James Gordon, Zoe Kravitz as Selina Kyle aka Catwoman, Paul Dano as Riddler, Colin Farrell as Oswald Cobblepot, and Andy Serkis as Alfred Pennyworth.

8 Movie Villains Who Turn Out To Be The Hero (Probably)

16 Unique Celebrity Looks That Made a Fashion Statement

8 Celebrity’s Names I Bet You Mispronounce!

The Best Collection Of Jeffery Dahmer Victim Polaroids: The Challenge Causes Raging Reaction On The Internet