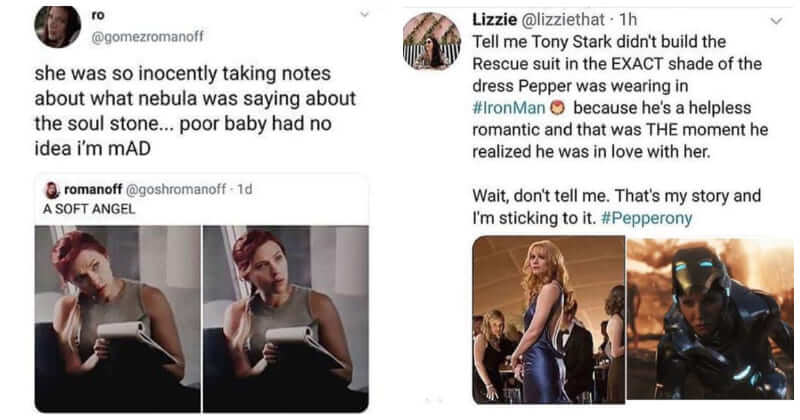 We’ve seen incredible Marvel Comics superheroes come alive in motion pictures since the MCU’s creation. Throughout the years, we’ve witnessed dozens of new fearless and strong women. They’re moms, spouses, daughters, and some of the toughest fighters in the Marvel Cinematic Universe.

The Marvel Cinematic Universe has begun to evolve after the launch of Avengers: End Game. 2021 did not disappoint, as it was packed with Marvel material beyond our wildest imaginations, and we finally get to watch our favorite female superheroes. These combatants definitely resonate in our hearts, with dominant characters like Nebula, Gamora, Captain Marvel, and Black Widow. Viewers of the MCU are continuously pointing out great details about Marvel’s female characters, which we love to see. Take a peek at the most fascinating facts about Marvel ladies below!

#1 The Relationship Between Tony and Nebula #2 As Big Of A Sacrifice As Any #5 The Best Part Is Coulson’s Not Even Stressed #6 The First Time Gamora Stood Up For Nebula #7 The Inspiration For Pepper’s Suit #14 She’s Had a Difficult Time #21 Gamora Got To Play With Tony’s Toy #22 Carol Was Actually Wearing Her Suit Bottoms In This Scene #23 Captain Marvel’s Suit Colors Were Inverted For The Battle