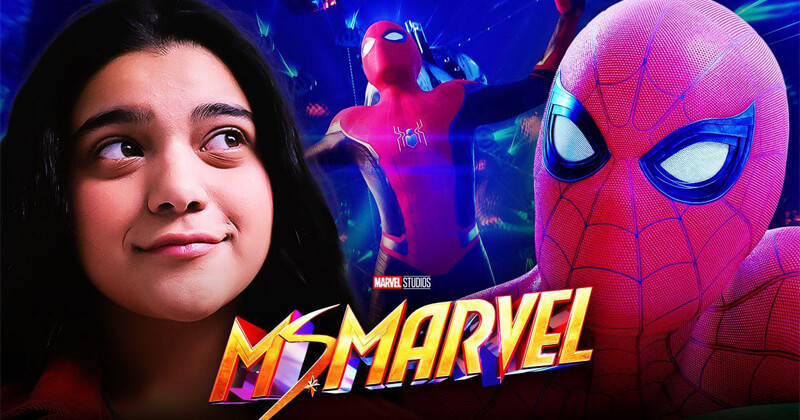 The new photos coming from the set of Ms. Marvel could reveal an interesting connection of the series with Spider-Man: Far From Home, the second adventure of Tom Holland’s Spidey as the protagonist in 2019. In the images shared by Cosmic Media on Twitter is the protagonist of the series – Kamala Khan/Ms. Marvel, wearing the costume of her idol Captain Marvel. She is pictured carrying a bulky object that definitely appears to be one of the drones used by Quentin Beck/Mysterio, played by Jake Gyllenhaal in Far from Home. You can see them below:

🚨 Iman Vellani on set of the Disney+ #MsMarvel series during reshoots.

The scene description: Kamala Khan is possibly being chased by drones, that looks similar to the one used by Mysterio. pic.twitter.com/5g8ZPBHyxr

In Spider-Man: Far From Home, we see Peter Parker go to Europe with his friends on a school trip. In Venice, he receives the latest gift from Tony Stark: E.D.I.T.H., a powerful artificial intelligence that gives the young hero access to all the technology of Stark Industries. Deeming his new ally Mysterio the worthy successor of his deceased mentor, Peter, not considering himself fit for this responsibility, hands him control of E.D.I.T.H. Mysterio, however, reveals that his intentions are anything but peaceful. He also admits how he uses drones to create far-reaching illusions and uses them as a weapon to hunt down Peter. So, how exactly do Ms. Marvel and that drone link to Spider-Man or other films of the MCU? We just have to wait for the series to find out the answer.

In the cast of Ms. Marvel, we will have Iman Vellani in the role of Kamala Khan alias Ms. Marvel, while Aramis Knight will play Kareem alias Red Dagger. Other confirmed roles include Saagar Shaikh as Amir Khan, Rish Shah as Kamran, Zenobia Shroff as Muneeba Khan, Mohan Kapoor as Yusuf Khan, Matt Lintz as Bruno Carrelli, Yasmeen Fletcher as by Nakia Bahadir, Laith Nakli as Sheikh Abdullah, Travina Springer as Tyesha Hillman, and Azhar Usman and Nimra Bucha in roles yet to be revealed.

Iman Vellani will also reprise the role of the young Kamala Khan on the big screen in The Marvels, alongside Brie Larson as Carol Danvers alias Captain Marvel and Teyonah Parris as Monica Rambeau.

Ms. Marvel is expected on Disney+ in the fourth quarter of 2022.