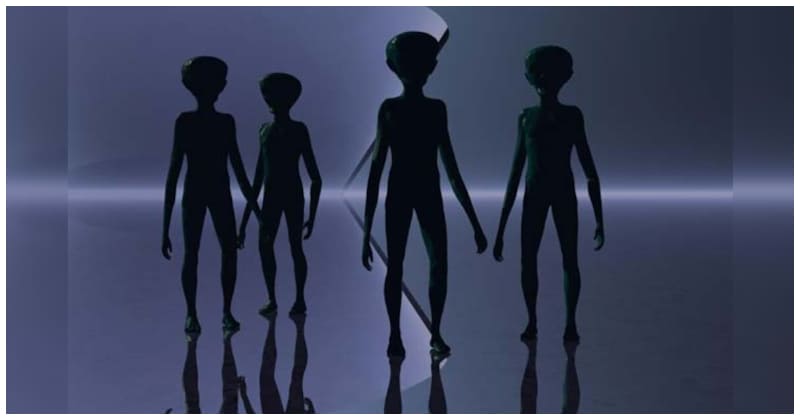 Scientists from U.K. are convincing the world that they have found evidence of alien life, after collecting strange molecules at the edge of space. Has life been found on Mars? Not that far away. It has been discovered floating at an altitude of only 27,000 meters above Chester, northwest England.

According to the Independent, scientists have released a specially designed balloon into the stratosphere, and it brought back small creatures, with such strange biological structure that made the experts think they could have only come from space, instead of Earth.

Professor Milton Wainwright from the University of Sheffield said he was 95% convinced that the creatures did not originate from the earth.

Some samples were covered with cosmic dust, further reinforcing the hypothesis that they came from space.

“These creatures are unusual,” said Wainwright. “If they’re from Earth, we’re looking for common forms like pollen… So we’re very confident they’re from space.” According to the professor, the samples were collected during a meteor shower from comets. When they hit the Earth’s atmosphere, the comets melted, releasing the above organisms.

“The particles are very clean. They are dust-free, which means they don’t belong to the earth. Likewise, they are also clean of cosmic dust, so we assume they belong to an aquatic environment. And the obvious environment containing water in the universe is comets,” said Professor Wainwright.

The discovered organisms may not be alive but still possibly contain DNAs, which is also one of the positive aspects of the research, showing that life on Earth may have originated in space.

“Our conclusion then is that life is continually arriving to Earth from space, life is not restricted to this planet and it almost certainly did not originate here,” he concluded. The British professor said that there are billions of comets, but most biologists believe that the earth is naturally capable of producing life, instead of having to rely on outer space’s aid.

“The Earth is an open system with biological materials falling like rain while we’re talking here,” Professor Wainwright said.

His team rejected the theory that the newly discovered life forms were pushed into the stratosphere after a volcanic eruption three years ago, arguing that if they had, they would have been completely destroyed by now.

They are hoping to expand the study to confirm these results by conducting an additional test in October, around the time of the meteor shower associated with Halley’s comet, according to a report published in the Journal of Cosmology.

H/T: The University of Sheffield