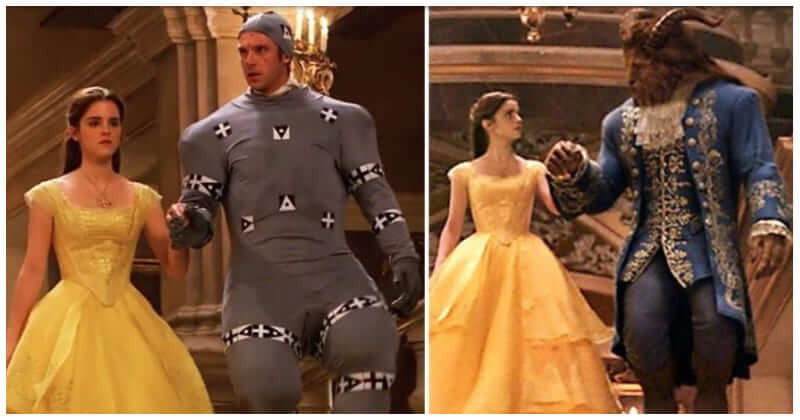 Today, Hollywood has almost advanced the technique and use of computer-generated imagery (CGI) in movies and television shows. CGI helps us see the movies through a new lens that is dreamier and fancier. Filmmakers all around the world have been using CGI to bring some of the most well-known and famous movie sequences to life.

From the fantasy world in “Alice in Wonderland” to the animals in “The Jungle Book”, most of the spectacular sequences that you see are actually CGI composites created in a studio. However, before visual effects designers can create them, directors must first place the actors in unusual settings. For example, the tiger in the live-action “The Jungle Book” was played by a man. He wore a motion capture suit and roared while crawling.

Scroll down to see 14 photos of notable movies where CGI was utilized to dramatically alter reality. OMG, this is what Tweedledee & Tweedledum look like. How can they move with iron legs? The tiger is not as scary as in the movie we have seen. Turns out this is voldemort’s real face #4 Beauty and the Beast How could Emma Watson not smile while acting this scene? #6 The Empire Strikes Back This scene is awesome!! Hey, what are you tasting? This is an impressive scene in the movie and the editing is also great! Haha we were fooled!!