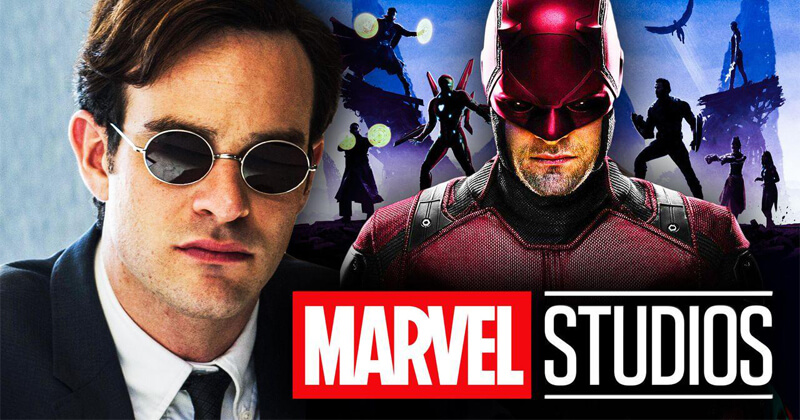 Daredevil is undoubtedly one of the most interesting characters in the world of The House of Ideas. The same name Netflix show, which aired between 2015 and 2018, helped bring to the small screen a fantastic version of the character with the face of Charlie Cox – who was previously most known for his outstanding performances in Stardust (2007) and The Theory of Everything (2014).

After the show closed due to the design failure that also involved Jessica Jones, Iron Fist, The Punisher, Luke Cage and The Defenders, we didn’t hear of the character again until recently when there was news that he would soon move into the Marvel Cinematic Universe. “If you were to see Daredevil in upcoming things, Charlie Cox, yes, would be the actor playing Daredevil,” said Marvel President Kevin Feige in an interview. “Where we see that, how we see that, when we see that, remains to be seen.”

If you have watched Spider-Man: No Way Home, you surely notice that Daredevil indeed appears briefly in this new blockbuster as Matt Murdock – a criminal lawyer, his real identity. That said, his role in the film is very marginal and is limited to a very simple cameo. So, what will the future of the character be if we take into account the appearance of Kingpin (Vincent D’Onofrio) in Hawkeye?

Charlie Cox himself intervened to answer the question. Specifically, during a recent interview with Supanova, the actor explained that he did not know anything about what will happen, but the idea of ​​participating in crossovers that could bring the superhero to further destinations excites him in levels never seen before. “I don’t know what their plans are, but yes, my hope is that I get to do as much as I’m allowed to do, and to be involved,” he shared. “And it’d be really fun, the one thing that being in the MCU allows that we couldn’t really do with the Netflix stuff, is that I can now interact with other MCU characters. So, that would be really cool. Crossovers is the thing I would like to do next. I don’t know what that looks like, and I don’t know what they’re planning and all that kind of stuff. But there are some really interesting stories there that I’d love for the character to explore.”

If you want to know further details on his possible journey in the MCU, please check out our list of the most foreseeable Marvel works that Charlie Cox may join as Daredevil.

Is Sing 2 Cast The Best Cast Ever? These 5 Actors’ Career Will Let You Know

M3GAN: Leaked Story Behind-What Will Have In M3GAN?