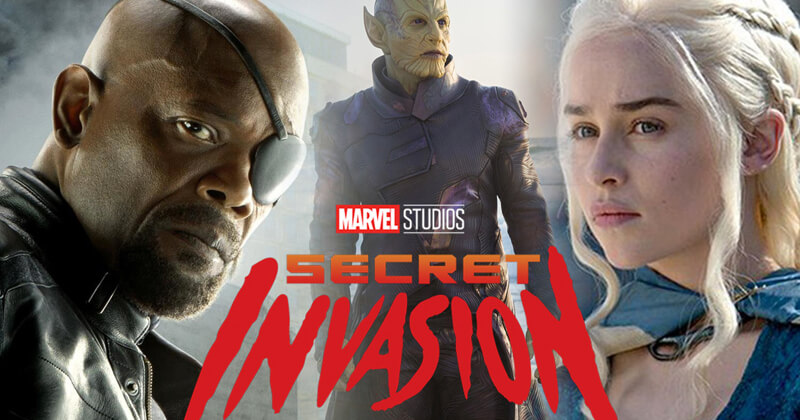 2022 will be a very dense year for the Marvel Cinematic Universe as the House of Ideas has finally managed to launch some projects on the small and large screens after a while being blocked due to the pandemic. There will be many new series on Disney+ this year, including Secret Invasion, which will shed light on Nick Fury and his current role in the MCU. The super-spy played by Samuel L. Jackson will return to a central role in Phase 4 and will have to prevent aliens from invading Earth.

So, what is Secret Invasion and how will this saga be adapted in the MCU? Let’s go through everything you need to know to get ready for Nick Fury’s most important mission. What is Secret Invasion?

Secret Invasion is a 2008 crossover centered on the invasion of Earth by the Skrulls. As the title suggests, humanity knows nothing of this invasion before things go downhill. As readers have had the opportunity to learn by reading the books that make up the comic saga, the Skrulls over the years have kidnapped superheroes and politicians and then replaced them thanks to the mimesis skills they possess, with the intention of dominating the world. When their homeworld was destroyed by Galactus, the Skrulls saw Earth as their new possible home.

When the plan is finally revealed to everyone, it is too late: the heroes are not prepared to fight. The S.H.I.E.L.D. is immediately dismantled and suspicion spreads between the internal lines of the Avengers because each of them could be a Skrull imposter. Eventually, the Avengers (and some haggard supervillains) manage to stop the alien invasion, but not without paying dearly. Similar to Civil War, Secret Invasion also left scars in the Marvel universe. Nick Fury may have only one good eye, but he is the only one who notices the Skrull invasion and is in a position to counter it. Secret Invasion continues the discourse that began with Secret War in 2004, when Fury and a group of heroes went on a clandestine mission in Latveria. As the operation was revealed, Fury lost command of S.H.I.E.L.D. and began to live a semi-clandestine life. He became the director of the Iron Man agency, until the events of Civil War in 2006.

Nick Fury and his Secret Warriors

Fury spends months preparing and observing devastating conflicts like Civil War or World War Hulk. Under his leadership, there is also a team of teenage metahuman heroes that he renames “Caterpillars”, young sons of heroes or supervillains unknown to the Avengers and the American government. In the formation we find Phobos, son of the Greek god Ares, the sprinter Yo-Yo Rodriguez and genius-level hacker Daisy Johnson, aka Quake.

When the Skrulls carry out their invasion, Fury and his Secret Warriors are ready to fight. They manage to drive out the aliens and regain control of the planet. The public does not even know that they exist and that Fury is involved, so it’s safe to say their cover is truly clever. The impact of Secret Invasion on the Marvel universe

Secret Invasion offers a series of very powerful twists, revealing that some of the popular heroes have actually been undercover Skrulls for several years. For example, when the Avengers finally learn of the invasion, Echo kills Elektra and she becomes a Skrull, only to die. Spider-Woman also turns out to be a traitor: she is Veranke, the queen of the Skrulls.

The importance of the story lies above all in the fact of planting the seeds for years to come for all future Marvel storylines. Secret Invasion is followed soon after by Dark Reign, where Norman Osborn (who took credit for defeating the Skrulls by killing the queen on live TV while no one knew about Nick Fury and Co.) takes command of S.H.I.E.L.D. and transforms the organization into an extremely aggressive military group named H.A.M.M.E.R. Osborn also forms his team of Avengers, known to readers as the Dark Avengers, a team with elements such as Bullseye, Moonstone, Venom as well as Osborn himself in the Iron Patriot armor (seen in the Iron Man 3 movie).

Even if over time the Dark Avengers are dismantled and order seems to return, the effects of Secret Invasion still continue because that event represents the worst defeat of the Avengers, despite the intervention of Nick Fury. How will the MCU adapt Secret Invasion?

Speaking of the character Nick Fury, his current status is similar to what we see in the Secret Invasion comics. He is no longer the director of S.H.I.E.L.D. and it is acting independently. Already after the events of Captain America: The Winter Soldier, the agency was officially decommissioned and most of the world believes Fury is dead.

The TV series could therefore follow the same footsteps as the comics with Fury finally coming out of the shadows to confront the alien invasion. In addition to Samuel L. Jackson, Cobie Smulders (Maria Hill) and Ben Mendelsohn (Talos) will also return. Zachary Quinto could also make an appearance, according to the latest rumors.

The series should minimally involve the Avengers and other superhuman characters. The cast confirmed for now includes newcomers such as Emilia Clarke, Kingsley Ben-Adir and Olivia Colman, whose official roles we haven’t heard of yet. Ben-Adir might play a minor villain, while the Game of Thrones star could portray Abigail Brand, the green-haired mutant-alien hybrid who heads the S.W.O.R.D.