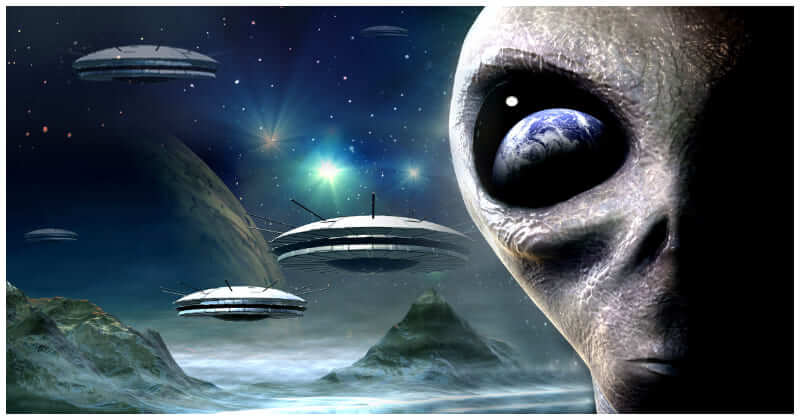 There has been a lot of information about aliens in 2021, including “bombshell” reports on UFOs, “alien junk” in the solar system and other clues about extraterrestrial life. In June 2021, the Pentagon released its long-awaited report, detailing 144 UFO encounters between 2004 and 2021. The Pentagon’s aim was to analyze “the threat posed by unidentified aerial phenomena (UAP)”. And through this report, the US government officially confirmed a number of UFO events that were previously only shared on social networking sites.

However, US intelligence has not linked any of these events to extraterrestrial activity. In July 2021, a report published in the journal Monthly Notices of the Royal Astronomical Society suggested that black holes should not be overlooked while searching for clues about aliens. This might be because black holes can release 100,000 times more energy than stars like our sun.

According to the researchers’ hypothesis, aliens could use high-tech structures to extract energy radiating from the disk of matter swirling around the black hole’s horizon. It may sound super-fiction, but experts are developing algorithms to look for relevant signals. Usually, the search for extraterrestrial life begins with the search Earth-like planets. However, a report published in the Astrophysical Journal in August 2021 suggested that there may still be life out there that is completely different from Earth’s.

For example, there are “Hycean” types of planets, 2.5 times the size of Earth, containing huge oceans of liquid beneath hydrogen-rich atmospheres, which could be ideal targets for the next attempt to search for life, said the researchers.

One of Saturn’s moons may hold potential for life In a report published in June 2021, the researchers ran a series of models to determine whether the compounds ejected could be evidence of the presence of bacteria.

They found that the microbes were much likely to be present inside these geysers, which means life can’t be ruled out on the icy moon. According to astrophysicist Avi Loeb from Harvard University, the strange cigar-shaped object “Oumuamua” is probably a product of alien technology, or may be a piece of alien “garbage.”

Oumuamua plunged through the solar system in 2017. It was determined to come from the direction of the constellation Lyra, about 25 light-years from Earth. Oumuamua’s reflectivity is at least 10 times higher than that of any asteroid or comet in the solar system.

In addition, Professor Loeb noted an important point: the celestial suddenly accelerated when it passed across the sun, despite the intense attraction from our central star. Therefore, he thinks that Oumuamua must be “a piece of cosmic garbage” of an unknown civilization, which has long drifted in the universe.

Earth is in the sights of aliens While humans have just begun to find extraterrestrial civilizations since the 20th century, more than 1,700 civilizations out there might have been observing us for thousands of years.

According to a report published in June 2021 in the journal Nature, 1,715 nearby star systems have been a prime position to observe the Earth during the past 5,000 years. There are still more than 1,400 star systems having a clear view today.