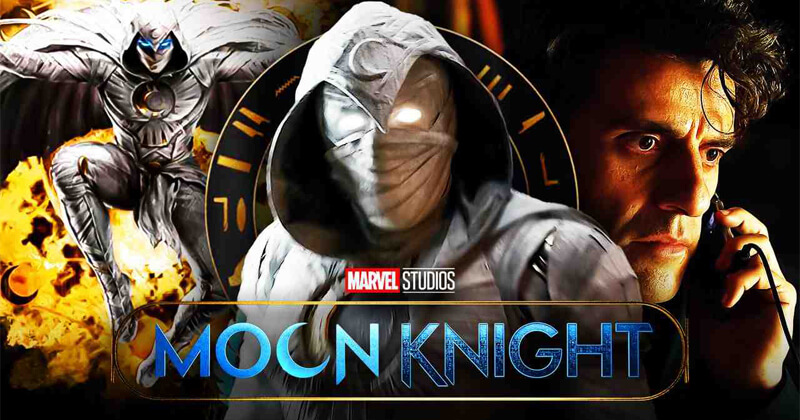 Moon Knight is probably one of the most anticipated shows coming to Disney+. However, according to the star of the series himself, we will hardly see its second season in the future.

Specifically, in a double interview with Jared Leto for Variety, Oscar Isaac has commented on his knowledge of the material comic, thus confirming that the expected show will be a limited series. Like most of the latest Marvel Studios shows, Moon Knight will consist of six episodes. And even when it is a limited series like Isaac explained, it shouldn’t be excluded that the character can make his return to other shows or be involved in the adventures of other characters of the MCU.

Isaac then talked about how the character’s niche status also allowed a more experimental direction.

“There was a lot of room to try stuff because there wasn’t the pressure that we got to make sure we make however many hundreds of millions of dollars on the opening weekend,” he shared. “So we could make it very point-of-view. We could make very weird decisions. At the moment, at least – and I don’t imagine it’s going to go backward – it feels like that’s where more of the risk is being taken because it can financially.” The showrunner designated for the series is Jeremy Slater, who is already working on Death Note and The Umbrella Academy. Notably, Slater will also be credited as Moon Knight‘s writer and executive producer. The six episodes that make up the show will be directed by Mohamed Diab, Justin Benson and Aaron Scott Moorhead.

In addition to Oscar Isaac as the same-name protagonist and Ethan Hawke as the main villain of the series, the cast of Moon Knight also includes May Calamawy, Dina Shihabi, Alexander Cobb, Loic Mabanza and last but not least, Gaspard Ulliel, who sadly passed away several weeks ago after a skiing accident. The new official synopsis of the series reads:

Moon Knight follows Steven Grant, a mild-mannered gift-shop employee, who becomes plagued with blackouts and memories of another life. Steven discovers he has dissociative identity disorder and shares a body with mercenary Marc Spector. As Steven/Marc’s enemies converge upon them, they must navigate their complex identities while thrust into a deadly mystery among the powerful gods of Egypt.

Moon Knight will be available for streaming on Disney+ on March 30, 2022.