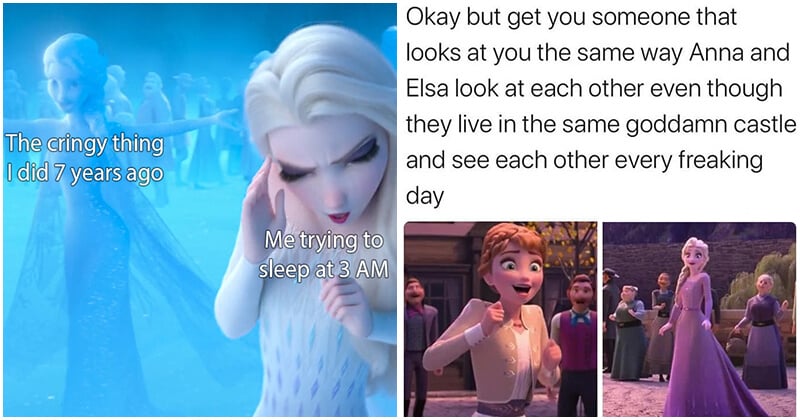 we’d like to brighten up your day as well with a compilation of hilarious Frozen memes we have collected lately.

Did you know that Frozen is the second highest-grossing animated movie of all time? Cool, isn’t it? And which one is the highest you’re asking? Well, it’s Frozen II. Yes, you read it right. Both the first and second place on the chart belong to Frozen, and this amazing result surely proves how incredible and loved this Disney franchise is – not to mention the original Frozen movie also won an Academy Award for Best Animated Feature Film in 2014.

Several years have passed and Frozen fans have never stopped sharing the Frozen joy with social media through a series of different fan works, including the amusing memes we spot on the Internet daily. And today, we’d like to brighten up your day as well with a compilation of hilarious Frozen memes we have collected lately. Scroll down and check them out, and don’t forget to share your opinion with us in the comment section below!

#1. Somebody jus give Olaf a Samantha please. #7. Hans might not be the greatest Disney villain but he does know exactly what to say. #11. When you realize how unintelligent you were. #14. Probably one of the best Disney quotes ever. #20. Who says Disney movies are only for kids? #22. Anna is surely the most relatable Disney princess out there. #25. As an introvert, I can’t even describe how happy I am right now.