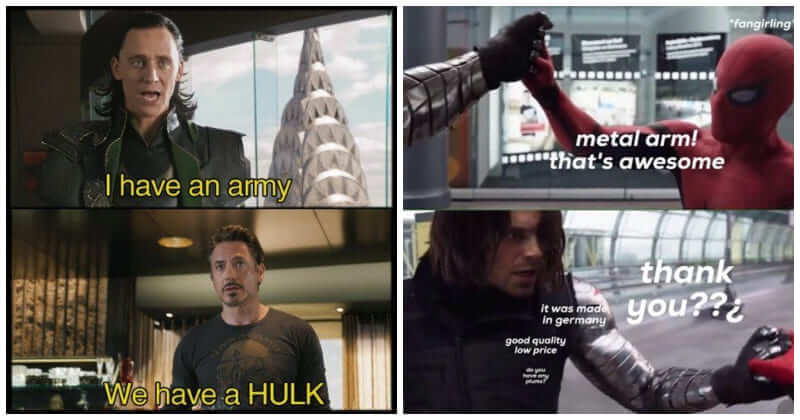 Can you name some major factors that contribute to the success of a superhero movie? – An attractive plot with fierce and eye-pleasing battles and a skillful cast who should be good-looking as well? Yeah, no one can deny these are very important for such a movie. However, have you ever thought of the enormous role of good humor?

It sounds a little weird at first. “Why do we need to focus on the humor of a superhero movie? It’s not a comedy”. But let me convince you with a very persuasive example – MCU. If you have watched any movie of MCU, you might easily realize that one of their methods to reduce the violence of fierce battles is to add funny scenes to them.

These moments not only help people less tense while following the fightings but also go viral quickly and become famous memes. They are even very popular among people who haven’t watched the movie, which makes the movies better known. If you still don’t get it, scroll down and watch these hilarious moments in MCU!

#1 “Be confident” is an encouragement sentence, which should be never used for Tony! #5 Thanos in an armor #7 Much better than your army! #11 Tony is really tired and hungry #13 A teasing younger brother and a hot-tempered elder brother #15 Another fan of the Bucky’s metal arm 4 Things About Ginny Weasley That Only Comics Book Fans Know