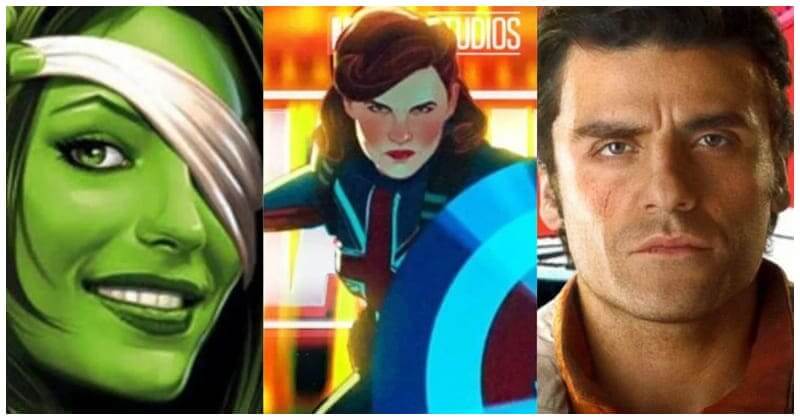 According to an update on the Marvel Japan site, Marvel Studios has dropped two Disney+ programs from its scheduled 2022 roster. The previously announced second season of the animated tv show What If…? and the eagerly anticipated live-action Secret Invasion show are notable omissions from a new poster and list provided by Marvel Japan. Season 1 of What If…? aired on Disney+ in August 2021 and lasted nine episodes. The tv show, set after the advent of the universe in Loki, investigates various timelines inside the multiverse and imagines how important events in the Marvel Cinematic Universe may have happened differently, as monitored by The Watcher. Season 1 concluded with the founding of the Guardians of the Multiverse, with Season 2 planning to explore more unusual planets and introduce a few new heroes. Secret Invasion was initially reported as a production project in 2020, when Disney and Marvel Studios said that Samuel L. Jackson and Ben Mendelsohn will reprise their roles as Nick Fury and Skrull Talos, respectively, after their first encounter in 2019’s Captain Marvel. It was then revealed that Game of Thrones alum Emilia Clarke would be participating in the show in an unspecified role and that Cobie Smulders will reprise her role as Maria Hill. Clarke previously mentioned joining the MCU in July 2021, stating that she was afraid to even discuss the subject at the moment. “It’s called Secret Invasion… but I’m already scared,” the actor revealed. “The first people I spoke to from Marvel were their security team, and I am convinced there is a man outside my house. There’s been a car parked there for a long time and, I swear to God, it’s undercover.” Rumors of the series’ rescheduling surfaced only days after fresh photographs from the Secret Invasion set in Halifax, West Yorkshire, England were leaked online. The released photographs revealed several props set up around Piece Hall, including banners with Russian lettering that proclaimed “National Unity Day.” Since neither Marvel nor Disney+ has responded to the reports, fans have a lot to look forward to this year. In addition to the impending Disney+ debut of Moon Knight on March 30, Doctor Strange In the Multiverse of Madness will be released in cinemas on May 6, and Thor: Love and Thunder will be released on July 8. Black Panther: Wakanda Forever is also set to air on November 11, with She-Hulk, Ms. Marvel, and I Am Groot also set to debut on Disney+ further this year.