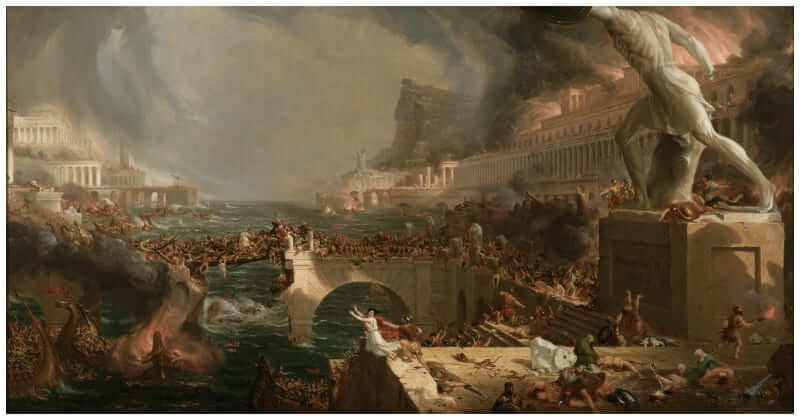 2020 will be an extremely unforgettable year for mankind because of the bad news that keeps coming. However, there have been times in the past when the world has had to go through equally difficult times.

Specifically, in 1349, humanity witnessed the Black Death killing half of the population of Europe. In 1520, smallpox ravaged the Americas and killed between 60% and 90% of the continent’s original inhabitants. In 1918, the Spanish flu pandemic resulted in the deaths of more than 50 million people. In 1933, the rise of Hitler with Nazi Germany was considered a turning point in contemporary history.
However, historians unanimously give the title of the worst year in human history to AD 536. Medieval historian Michael McCormick has said that “It was the beginning of one of the worst periods to be alive, if not the worst year.” (Journal of Science, Ann Gibbons, 2018). The year 536 began with a thick fog that stretched across the world, leaving Europe, the Middle East, and parts of Asia in darkness 24 hours a day, for almost 2 years. As a result, global temperatures plummeted, and that time was recorded as the coldest decade in more than 2,000 years. Famine raged and crops failed throughout Europe, Africa and Asia. Unfortunately, 536 only seemed to be a prelude to misery. This period of cold and famine caused economic catastrophe in Europe, and in 541, a further outbreak of plague resulted in the deaths of nearly 100 million people and half of the population of the Byzantine Empire. This period (in the sixth century) is known by many as the dark ages, but scholars still haven’t figured out the true source. It wasn’t until very recently that a team of researchers led by McCormick and glaciologist Paul Mayewski discovered that a volcanic eruption in Iceland as early as 536 resulted in an incredibly large amount of ash. It spread across the globe, creating a fog that plunged the world into darkness. This eruption was so large that it changed the Earth’s climate, adversely affecting weather patterns and crop cultivation for many years to come. The label “worst year in history” is trending lately. And indeed, if we compare the year of 2020 with the miserable periods of mankind in the past, especially AD 536, we are still more fortunate to not have to live in a world covered with darkness!