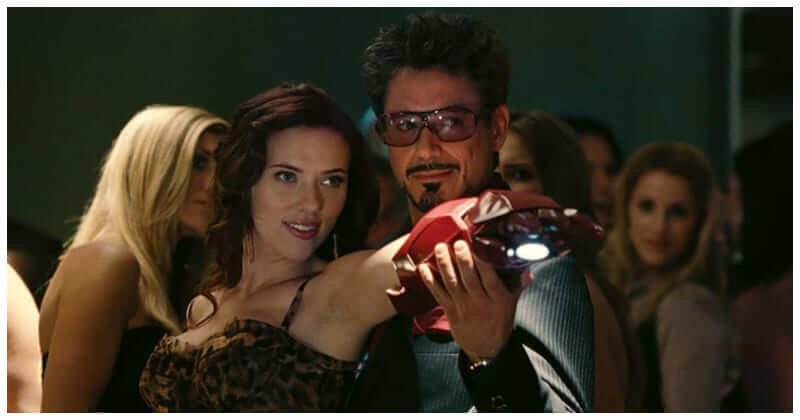 No one could deny his intelligence, however, this doesn’t mean that he is always wise in every situation. As a normal human, he is sometimes outsmarted by others. One of the biggest mistakes might be arrogantly and carelessly underestimating those around him. This gets him into trouble many times. Let’s see 12 times he was pranked by others in MCU!

Obadiah Stane takes over Stark Industries as an interim CEO while waiting for Tony to be old enough to take over for his dad. However, Stane seems not to give up control of the company. So he decides to eliminate Tony by an extremist group called the Ten Rings. His plot fails and Tony is back and builds an arc reactor to keep his heart going. Stane doesn’t want to accept that he fails, he directly removes the arc reactor from Tony’s heart. Toomes, known as The Vulture, got many reasons to hate Tony Stark. Toomes took a contract to clean up the mess and he spent all his money for that, however, Tony stepped in at the last minute, which made Toomes more difficult and ruined his business.

Toomes made a master plan to destroy Stark. While Stark was moving gear out of Stark Tower, The Vulture performed a heist on the plane. Luckily, that plan didn’t work thanks to Spider-Man’s involvement.

#3 The Mandarin wiped out Stark’s home and Armor collection

Perhaps ego is the only barrier of Tony Stark while making decisions. He usually underestimates others carelessly and arrogantly. That’s why he didn’t prepare well while inviting the Mandarin to come to his home.

After knowing that The Mandarin harmed his bodyguard, Happy Hogan, Iron-Man publicly informed him of his home address, even he didn’t send Pepper away. The Mandarin sent helicopters to fire missiles into the home, destroying it.

#4 Rhodey realized that his friend was Iron Man Rhodey and Tony Stark were close friends for a long time. After that, their relationship turned into a business one when Rhodey became the government liaison for Stark Industries.

Rhodey was capable of discovering Stark’s secret identity at a time when Stark desperately needed help.

#5 Pepper was taken by Maya Hansen Maya Hansen is on the list of people who Stark underestimated. She was a promising scientist who had a hope that Stark would help her project. However, all Stark did was to have a one-night stand and to leave in the morning. This really pushed her to the decision of harming Stark and forcing him to help her. She actually absconded with Pepper.

Tony Stark was kind and intelligent enough to be a mentor for Peter Parker’s life. As part of this role, Stark had Parker involved in a superhero civil conflict and gave him a high-tech Spidey suit.

This suit is equipped with a tracker and training-wheels protocol that allows Tony to know what Parker did and keep him from harming himself. However, Stark obviously underestimated Parker because Parker found it not hard to hack into the suit to disable the protocol and remove the tracking chip.

#7 Vanko turned the Stark Expo into a drone firefight Ivan Vanko partnered with Justin Hammer to create a series of drones to show off at Stark’s upcoming rally. Vanko manipulated them to go after Stark. Perhaps Stark shouldn’t have let enemies and rivals show off high-tech weaponry at one of his own events. It could be said that our genius Stark has a weakness for women. Nick Fury easily realizes that and immediately takes advantage of it. Fury has one of his agents infiltrate Stark’s inner circle by posing as an assistant. Black Widow, AKA Natasha Romanoff was assigned that mission. The plan worked perfectly. Zemo is a bad but smart guy, who always spends his life attempting to take down the so-called heroes. He knows clearly that to achieve that aim, considering Avengers’ superpower, he has to convince them to get rid of each other.

His plan works very well when he focuses on the pain of losing family of Tony Stark. By showing Tony that Bucky takes the lives of his parents, he baits Iron-Man into battling Steve and Bucky successfully.

#10 Tony and Bruce create Ultron, smarter than his creators

Ultron is created by Bruce and Tony, their aim is to create an AI peacekeeping machine. They think AI peacekeeping force would be better. However, Stark’s ego makes him blinded and created a monster he couldn’t control.

Right after awakening, Ultron brings down JARVIS and then grabs Loki’s scepter. After the failure against Thanos, Tony Stark gave up all missions of a superhero and lived with his wife and his daughter.

However, The Avengers knew that he always thought about that failure and would join once more time, even though he said “No”. Reality proves that they were right. Iron-Man was born to be a superhero.

#12 Tony puts himself in danger, then was outsmarted by Loki Iron-Man traveled back in time to retrieve the Space Stone from his past self’s hands. To do that, he had to put himself in danger by triggering a cardiac arrest in himself. But after that, he dropped the case and Loki grabbed the Stone and disappeared.