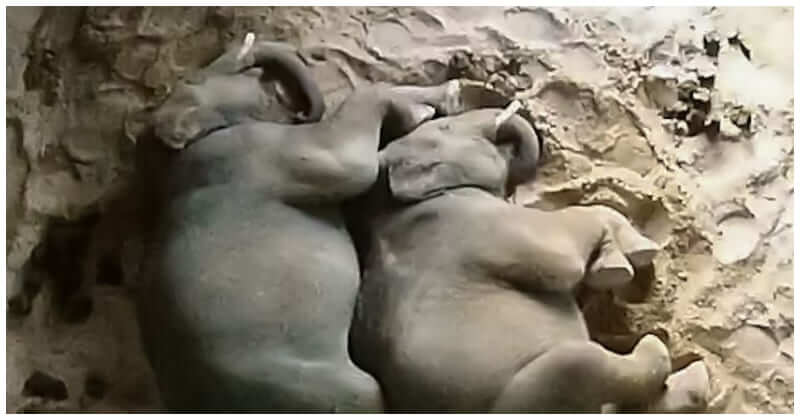 Sydney Zoo has recently shared an adorable moment a pair of elephants cuddle together in celebration of National Hug day.

The footage shows Ashoka entering his barn and already lying down in a comfortable position. Then, 7-year-old Kavi comes to him, dropping down to Ashoka and snuggling up to him as he wants to be cuddled.

In response, Ashoka raises his front leg and puts it on his brother to make a perfect spooning position. We know that humans aren’t the only ones that can hug. Jo Maitland, a keeper in Sydney zoo, says: “Elephants are a social species that thrive from relationships they have with one another. Sleeping in close proximity is a natural display of affection and a way elephants bond with each other.”

“Seeing animals share such a special bond is one the biggest privileges of being a zookeeper,” she continues.

In late 2020, Kavi and Ashoka were rehomed to Sydney Zoo where the pair can enjoy brand-new facilities, good care, and love. They are one year apart in age. When they do not sleep together, they are “typical young boys, playing, swimming and sparring,” according to the zoo staff. Asia elephant, with a population of fewer than 50,000 individuals in the wild, lives mostly in forests in South East Asian countries. There has been a decrease in the population over the past few years due to deforestation and illegal hunting.

11 Weirdest Cats That Will Make You Suddenly Burst Into Laughter

6 Popular Sea Creatures You Must See In The Wild

Animals Of Madagascar: The Oddest Species On Earth