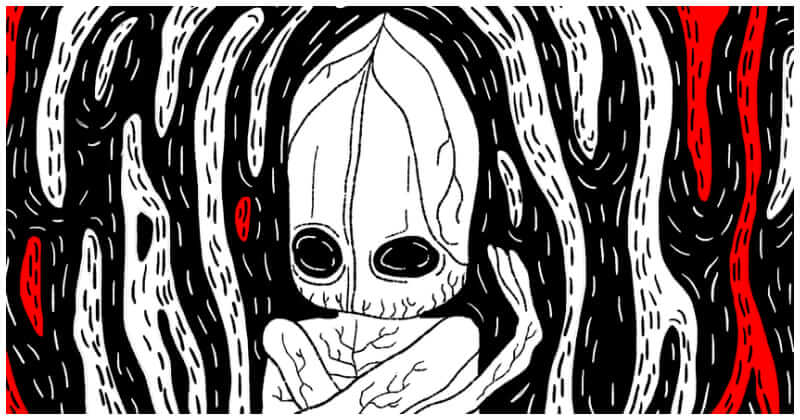 The strange humanoid creature was found in a village in Russia in 1996, leading many to believed that it was an alien. In the summer of 1996, the village of Kaolinovy ​​near the city of Kyshtym in the Ural region, more than 1,700 kilometers east of Moscow, witnessed an odd scene: a retired, old woman named Tamara Prosvirina was holding something wrapped in a blanket and talking to it.

“She told us it was her baby, Alyoshenka (Alexey’s short name), but didn’t show us the baby,” a local resident said. Prosvirina actually had a son named Alexey but he’s an adult. “So we assumed she was crazy, talking to a toy, thinking it was like her son.” However, what was in the blanket was not a toy but a living creature Prosvirina found in the forest. Alyoshenka was described as a humanoid creature of 20-25 cm tall. “It has a brown body with no hair and bulging eyes. It moves its tiny lips and makes a high-pitched squeal,” said Tamara Naumova, a friend of Prosvirina.

Prosvirina’s daughter-in-law said that Prosvirina gave the “baby” cheese and condensed milk. “His mouth is round and red. It looks sad.” In 1957, the Kyshtym region suffered the first nuclear disaster in the history of the Soviet Union. Plutonium exploded at the nearby Mayak secret nuclear power plant, blowing off the 160-ton concrete roof. This is the third deadliest nuclear accident in history, after Fukushima in 2011 and Chernobyl in 1986, rendering the area heavily contaminated with radiation. “Sometimes fishermen catch fish without eyes or fins,” said Andrey Loshak, a journalist who has made films about Alyoshenka.

A few months after starting to raise Alyoshenka, Prosvirina was admitted to the hospital for schizophrenia treatment. She firmly refused because she thought that the “baby” would die if it weren’t given proper care, but no one believed her. Alyoshenka eventually died from starvation. Prosvirina’s friend Naumova explained that she had been away from the village for a while and when she returned the little creature had passed away.

A friend of Prosvirina took Alyoshenka’s body, washed it with brandy, then dried to make it look like a “mummy” and gave it to police officer Vladimir Bendlin. Bendlin tried to figure out the story behind, but his superiors were not interested in the strange creature and asked him to drop the investigation of the “silly” story. Bendlin then gave the creature’s body to UFO researchers, who never returned it. Alyoshenka’s body has not yet been found. Prosvirina died in 1999 from being hit by a truck in the middle of the night. Locals said she danced on the highway. Most people who have directly seen this creature have passed away.

Experts are skeptical about the theory that Alyoshenka was an alien. In 2003, the body of a humanoid creature with a similar appearance was found in Atacama, Chile. In 2018, a geneticist at Stanford University said it was a mutant. In Kyshtym, people still remember the gloomy fate of Alyoshenka. Very few people here named their children Alexey. “Who would want their child to be ridiculed at school as the ‘little man of Kyshtym’?” wrote Komsomolskaya Pravda newspaper.