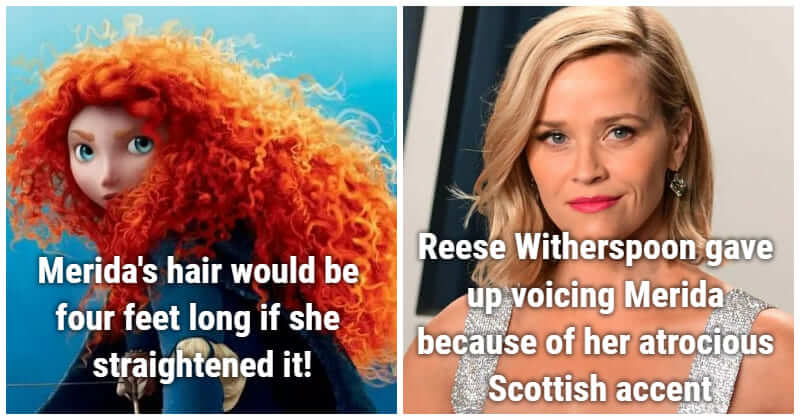 When it comes to princesses, many people immediately think of Disney and the films that have followed the audience for many years. From Snow White, Cinderella to Elsa and Moana, all these Disney princesses have become a “phenomenon” through Disney’s movies.

One thing that everyone admits is that the princesses in Disney animation are all beautiful and talented. Although their origin, skin color, and age are different, they all possess beauty standards that many girls dream of. Not just that, these Disney beauties taught us right and wrong, giving us belief in the good things. That’s why most little girls of the end of generation Y and the start of generation Z have a favorite Disney doll or at least, love pretty princess outfits.

But are you sure you know all about Disney Princesses? If you are not confident to say “yes”, don’t miss this post. We’ve got the lowdown on some of the most well-kept Disney princess secrets. Guess what? They can be great conversation starters for you to impress any other Disney fan who hasn’t got to know them. And now, read on to get all of the exclusive information that only the most devoted fans are privy to.

#2 Merida is the only Disney princess who doesn’t sing. #4 Merida’s hair would be four feet long if she straightened it! #5 Cinderella, Belle, and Tiana wear opera gloves, whereas other princesses who were born into royalty do not. #6 In the Brothers Grimm’s Cinderella, the stepsisters mutilate their feet to make the slipper fit. #7 Some people believe Cinderella’s shoes were originally made of fur but were converted to glass due to a mistranslation. #8 Aurora has only 18 lines and appears onscreen for only 18 minutes. #10 Princess Jasmine and Mulan were both voiced by Lea Salonga. #11 Snow White is 14 years old and she is the youngest Disney princess. #12 Snow White’s voice actress, Adriana Caselotti, was paid less than $1,000 for the film and was barred from acting in any further Disney productions.

#13 Beyoncé has refused to audition for the role of Tiana #14 Tiana is the only princess in the Disney universe who has dimples. #15 Belle is the only person in her village who wears blue, and her dress was inspired by Dorothy from “The Wizard of Oz” #17 Cinderella’s metamorphosis into a princess was Disney’s favorite animated sequence.

#18 Ariel is the only princess who has a kid. #19 Ariel’s hair was red to distinguish her from Madison (from Splash), a blonde mermaid in the 1984 film.

#20 “Part of Your World” was recorded in a dark room to capture the mood of the princess’s dark grotto. #21 Jasmine is the only princess to kiss a villain. #23 In 1999, according to Vice President Mike Pence, “Mulan” was liberal propaganda aimed to legitimize “the position of women in the military”