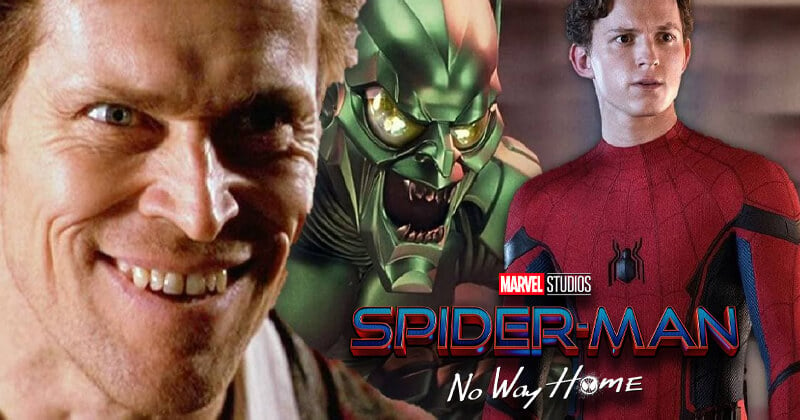 Spider-Man: No Way Home has just become a huge box office success for both Sony Pictures and Marvel Studios after scoring the highest-grossing since the onset of the global pandemic and also making it into the all-time top 10.

Part of this success is not only due to the name that the Marvel Cinematic Universe has made in the past years, but also because of the presence of many huge names in the cast. In addition to Tom Holland, in No Way Home, we witnessed the return of Alfred Molina as Doctor Octopus, Jamie Foxx as Electro, and of course Willem Dafoe who has once again reprised the role of the mad Green Goblin. In a recent interview with GQ, it was Dafoe who talked about Tom Holland’s Spider-Man, the second he had to deal with on the set after Tobey Maguire’s Spider-Man in the trilogy by Sam Raimi. The actor praised the young movie star for his commitment and perseverance, as well as for his prowess.

“I admire greatly his discipline and his commitment to the role. And physically, he was incredible,” he said. In the same interview, Dafoe also explained why and how he agreed to return as the Green Goblin. Accordingly, during talks with Sony and Marvel, the interpreter of Norman Osborn explicitly requested that he would be present with a simple cameo or a small part. In other words, he had to be an important element of the narrative.

“It’s fun to do the action sequences, it’s fun to have resources,” explained Dafoe. “I make a lot of budget-challenged movies. So it’s nice to have all the technical stuff to work with.” Especially, the Platoon star also stressed that he would only join the cast if they let him do his own stunts.

Speaking of Dafoe, Tom Holland had explained a few weeks ago a funny anecdote of a particular encounter with the actor on the set of Spider-Man: No Way Home, which was also a real surprise for him.

“I just sort of bumped into this guy in a cloak and was like, ‘Watch out, mate!’. He took his hood off and I almost got really scared. I was like, ‘Oh shit. The Goblin’s here'”, Holland recalled while talking to the crowd at the Regal Theater.

“He was lovely. He was really wonderful,” the young star added.

Who Is The Coolest Anime Male Character? Naruto Or Luffy?