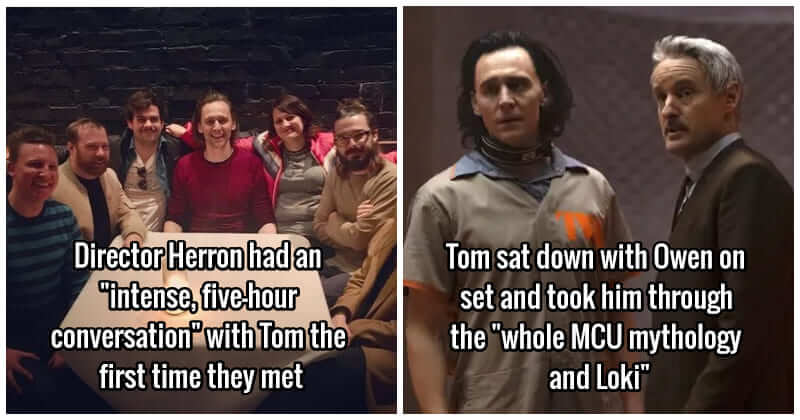 If you just look forward to Loki episodes every week, let me inform you that you’re obsessed with the show. One can’t help but fall in love with this captivating wonder, which reveals a bit of its secret every week. Kevin Feige has described Loki as “tremendously important,” claiming that it will have a greater influence on the MCU than any of the previous series.

But it’s not simply the plot that has us hooked and yearning for more. Marvel Studios has assembled a fantastic ensemble for Loki, who is quickly becoming a fan favorite. Here are some details on how they got their parts and what happened when they were making the show:

#1 First auditioning for the MCU, Tom Hiddleston originally went out for Thor, but obviously was cast as Loki instead. #2 Before Loki ever happened, Owen and Tom acted together in the 2011 movie Midnight in Paris. Owen played the main character Gil, and Tom played F. Scott Fitzgerald. #3 Tom Hiddleston, Wunmi Mosaku, and Gugu Mbatha-Raw actually all attended the same acting school, the Royal Academy of Dramatic Art, and graduated within a few years of each other. #4 Before being cast in the series, Owen Wilson had very limited knowledge and interest in the MCU.

#5 Since Mobius is an expert on Loki, Tom sat down with Owen on set and took him through the “whole MCU mythology and Loki.” Some of their conversations even worked their way into the series. #6 In fact, Tom even visited Owen one night at home and continued his Loki lecture until about midnight. #7 Wunmi didn’t have the luxury of listening to a Loki lecture, but she did get a whole oral history of the MCU from Kate Herron, the show’s executive producer and director. #9 Wunmi Mosaku first auditioned for Loki, she had no idea which project she was actually auditioning for. #10 Gugu Mbatha-Raw actually auditioned for Marvel a few times before landing the role of Ravonna Renslayer. #11 Gugu also tried to catch up and watch all the Marvel movies she hadn’t seen before she started filming. #12 Since the series was shot during the pandemic, the actors’ schedules were very tight, but Tom insisted he was on set with the “day-players” (actors hired on a daily basis) just to read lines to them from off screen. #13 In Episode 1, where Loki tries to use his magic in the courtroom but can’t, Wunmi and Gugu would catch each other’s eyes and try not to laugh and break character. #14 Mobius’s gray crewcut was actually suggested by Owen Wilson after he wore a similar hairstyle for the series Documentary Now. #15 Director Kate Herron had an “intense, five-hour conversation” about Loki with Tom Hiddleston the first time she ever met him.

#16 Marvel hasn’t confirmed a second season of Loki, but Tom is open to continue playing Loki in the future.