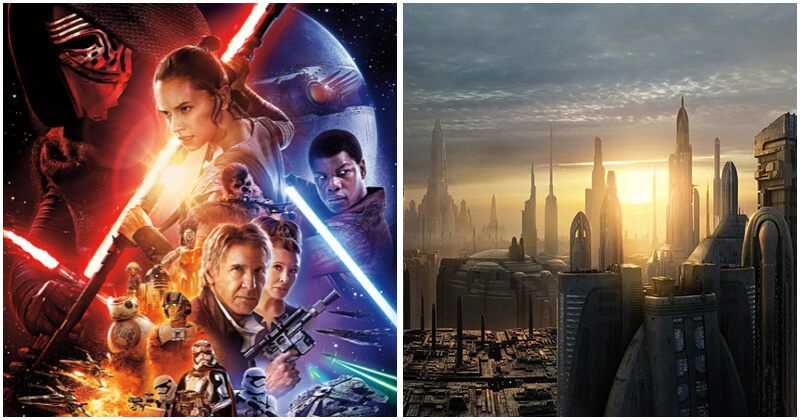 Over time, more and more details about the background of the creative process that led to the creation of Star Wars: Force Awakens in 2015 and the other two controversial movies that make up the so-called Sequel Trilogy have emerged. In a series of now-deleted tweets, Star Wars franchise creative executive Pablo Hidalgo recounted a confrontation between the two companies involved in the production – Lucasfilm and Bad Robot Productions – on what was to be the designated capital of the New Republic, which was destroyed in the course of the film by Starkiller.

As reported by Hidalgo, Bad Robot led by J.J. Abrams aimed to blow up Coruscant – the well-known capital planet that we learned about in the prequel trilogy – while finding firm opposition from the company founded by George Lucas. The final choice of the capital then fell on Hosnian Prime, thus sanctioning one of the first stirrings of that creative compromise that will plague the writing of the entire Sequel Trilogy. When being asked about whether it would have been better to have Coruscant in the film, Hidalgo gave an answer that suggested a certain intolerance towards one of the points of novelty brought by Episode VII:

“It would have been better w/o the Starkiller at all, but that’s a whole nother discussion. But I think Coruscant being in development in other projects was a big reason for the reticence.”

Even though Hidalgo deleted his tweets, the news was later reposted by other Twitter users. One of these posts even allows us to see the concept art of the planet.

The choice of Hosnian Prime as the capital of the New Republic at the expense of Coruscant left the fans somewhat perplexed. On the narrative level, it did not seem to be a very coherent decision. Hosnian Prime was presented as a former weapons factory with slave traits, which later became the new flight academy led by Wedge Antilles, and then the capital of the New Republic.

Anecdotes like this once again reaffirm what continues to emerge about the development of the Sequel Trilogy, namely the absence of a clear plan from the start. This element has inevitably led these individual films to be the expression of the creativity of individual directors, rather than the reflection of an organic and coherent narrative path.

The consequences are then even more evident since Lucasfilm had to intervene in all other media such as novels, comics, animated series, and live-action series… in order to fill the many narrative gaps left open by the controversial Sequel Trilogy.

7 Celebrities That You Can Actually Book For Your Events