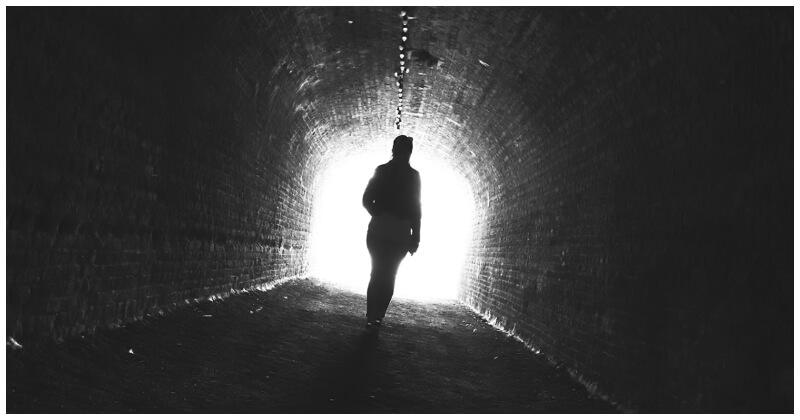 The woman, named Bolette, said she fell into a state of clinical death after giving birth. At that time, her soul left her body and she not only saw the past and the future, but also met her lost loved ones and her newborn son. According to Bolette, after giving birth to her 10th child – a boy, in the hospital, she suffered from bleeding in her eyes, nostrils and mouth due to postpartum preeclampsia, and she even had low white blood cell, falling into a coma in a state of extreme exhaustion.

She felt her soul leave her body and float in the air, then left the hospital. She saw the light in the distance getting closer and closer to her. Then she was enveloped in beautiful rays of light filled with love and in this peaceful light she met a shining being as if she had known it for a long time. Bolette said that she communicated with this being in a silent way. She and he watched the mixed emotions of joy and sorrow in her life. She was also told what would happen in the future, including her starting to write a book, taking on a completely different job and finding true love between men and women, and so on.

“I would get completely different goals about the future compared to now,” she said.

She mentioned that after seeing the past and the future, she went to a very beautiful place and met a number of spirits, some of whom she knew, including her grandfather, grandmother and some friends who all passed away.

They hugged her tightly and told her that they lived well there and that she had to go back to earth because her time had not yet come. Later, she met spirits she didn’t know at all, but when she saw them, deep down in her soul she knew she was once very close to them. She cried out of joy because of the reunion.

Just when she was thinking about who she was and where she came from, a young man suddenly appeared in front of her and she knew it was her newborn son. That person looked at her and loudly called: “Mom, you promised me to be my mother in this life! Otherwise, I wouldn’t be here!”