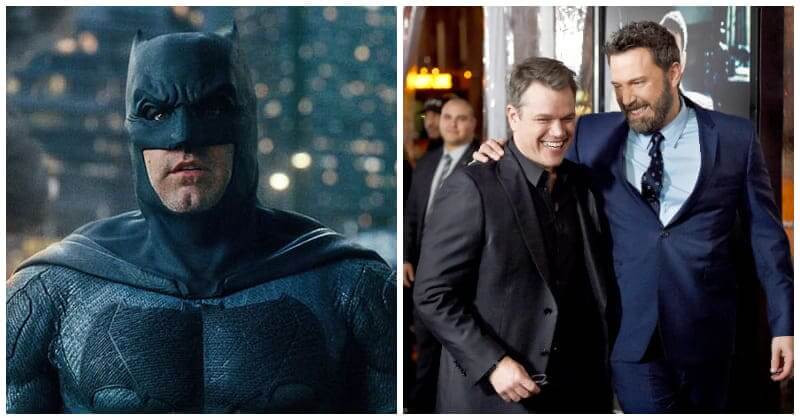 Batman is among the most well-known fictional characters of all time. Christian Bale and Ben Affleck have been the most renowned actors to play the Caped Crusader since the year 2000. Many fans argue about who played the finest version of the character, and although both are widely regarded in their respective roles, it is no mystery that Affleck’s time as the Dark Knight was not as flawless as he would have wanted. One of the most hyped comic book films of all time, Batman v Superman: Dawn of Justice, was aired in 2016. While the flick didn’t completely appeal to audiences, it did present Affleck’s Batman. The film’s conclusion acted as a setup for the DCEU’s first Justice League film, which would be directed by Zack Snyder and released in 2017. Snyder regrettably had to step away from the project, and Warner Bros. instead hired Joss Whedon to create the final result. Justice League was a flop in the perspective of both viewers and performers, and with Snyder out of the equation, many assumed that the movie would be the end of Affleck’s Bruce Wayne. However, he returned to the franchise in 2021 with Zack Snyder’s Justice League and had been expected to have one more appearance in 2022’s Flash film. Now that he can look back on his experience as Batman, Affleck has lately spoken about his deeper issues with the character, and how he almost considered quitting at one point. In a conversation, Batman actor Ben Affleck spoke with fellow actor and buddy Matt Damon about their roles in Ridley Scott’s upcoming film, The Last Duel. During an interview, Affleck briefly discussed his time as Batman, notably his performance in 2016’s Justice League, and how it was a “nadir experience” for him. The actor claimed that “a lot of things happened” to the extent that he “didn’t like being there,” and how he was done with the character entirely at one point: “I had a really nadir experience around Justice League for a lot of different reasons. Not blaming anybody, there’s a lot of things that happened. But really what it was is that I wasn’t happy. I didn’t like being there. I didn’t think it was interesting. And then some really s—ty things, awful things happened. But, that’s when I was like, I’m not going to do that anymore.” Affleck went on to explain that Damon had a “significant influence” on his choice to put up the cape and that he just intended to work on projects that made him happy: “In fact, I talked to you about it and you were a principal influence on that decision. I want to do the things that would bring me joy. Then we went and did Last Duel and I had fun every day on this movie. I wasn’t the star, I wasn’t likable. I was a villain. I wasn’t all the things I thought I was supposed to be when I started out and yet it was a wonderful experience. And it was all just stuff that came along that I wasn’t chasing.” The actor who played Batman had some concerns after quitting the role due to some of the criticism that came with it. He admitted that he occasionally “live in fear” when working for another movie, but he believes he is in a good position right now: “My only thing is that now I live in fear every time I do another movie, I’m like, ‘Do I still feel that, am I still good?’ I’m afraid it’s going to go away, you know? ‘Cause, it’s elusive. But I’m happy now. I’m feeling it now. And I do think I’ve gotten better. I think people generally get better with the age and experience—” Damon then added his two cents “Some (people) might not (get better with age and experience). They might get in really bad, corrosive habits.” Affleck went on to say that his “friendship” with Damon assisted him to get through the tough times and that he is grateful for their connection: “If you’re smart, you learn from people who are really good. And I think our friendship helped kind of inculcate that knowledge in me. We were very generous and open with stuff. Being around other people that you liked and respected and were smart just made you better.”