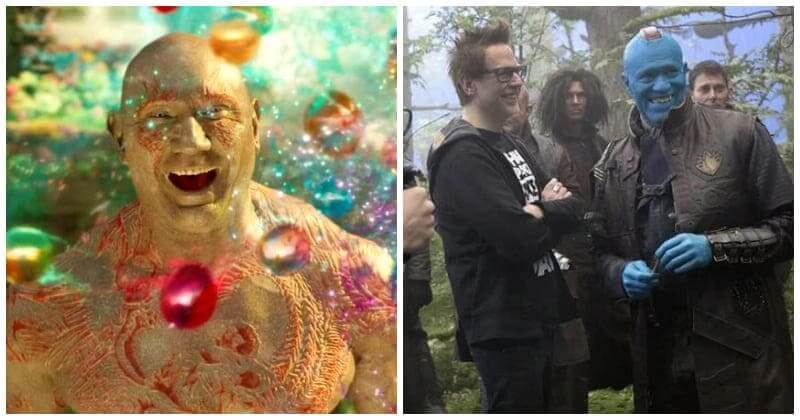 James Gunn, who wrote and directed the previous two films, is also back for Vol. 3. Although Gunn stated in 2014 that he had concepts for GOTG 3, it appeared uncertain that he returns to helm. Following Disney’s firing of Gunn due to revealed controversial comments, the filmmaker was recruited by Warner Bros. to helm The Suicide Squad for the DCEU. Suicide Squad garnered positive reviews, and its spinoff tv show Peacemaker, also directed by James Gunn, debuted this month on HBO Max. Disney has rehired Gunn to helm Guardians of the Galaxy Vol. 3 using the material he wrote before departing. In an interview, James Gunn discussed his numerous projects, and throughout the debate, Gunn explained some of the contrasts between filming a big-budget Marvel film, such as Guardians of the Galaxy, and a little smaller-scale television program, such as Peacemaker. One thing that hasn’t changed, according to the director/writer, is how budget-conscious he needs to be. Gunn stated that even if he had $500 million, it would only be almost enough to produce Guardians of the Galaxy Vol. 3 exactly the way he wants it. Below are his ideas on keeping to a budget: “I innately think about budget while I’m writing, always. Even something as big-budgeted as (GOTG) Volume 3 is still a struggle. You know, it’s still a struggle to make it fit the budget because you want a movie to be half a billion dollars. If I had half a billion dollars, I could kind of do pretty close to what I want. That’s how hard it is. I’m always having to think about the budget and make concessions because of the budget, but oftentimes it leads to good things. You oftentimes are forced to rethink something and you have to come up with a creative solution.” Although it’s difficult to think what Gunn could achieve with half a billion dollars, there’s little question his imagination is limitless. Some of his early movie credits were done on considerably lesser budgets than any Marvel or DC picture, and the original Guardians of the Galaxy was rumored to have a budget of roughly $232 million, nearly half of what Gunn believes he truly needs. Obviously, James Gunn can deliver his vision to the movie, money or no money. Considering all of the financial talks, Gunn never reveals what he’d do with $500 million. While James Gunn has said that some of the characters’ storylines would be fulfilled in Guardians of the Galaxy Vol. 3, he has provided little information about it. However, new characters are set to appear on screen, such as Will Poulter’s Adam Warlock, a figure whose abilities would thrive from the big-budget spectacle. Nonetheless, even without a $500 million budget, excitement for Guardians of the Galaxy Vol. 3 continues to rise.