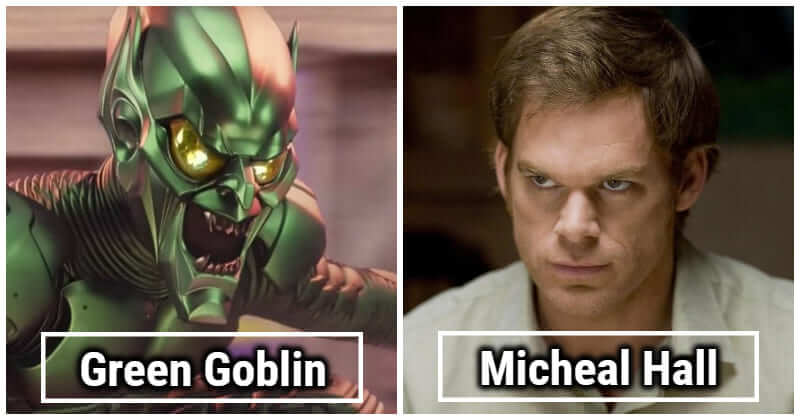 Spider-Man is one of the most popular and successful Marvel superhero franchises up to now. Every time a new Spider-Man movie is released, there is a global sensation in the fans community. Peter Parker himself makes a great contribution to the success of this franchise but the villains also take fans by the storm every time they appear.

Spider-Man has come face-to-face with such formidable villains as Vulture, Venom or Mysterio. Yet, there is one more opponent that the fans are very eager to see on the silver screen: the Green Goblin. The businessman Norman Osborn, whether he is in his human form or the goblin form, is a dangerous enemy to not only Peter Parker but to the entire MCU as well.

The last time this powerful villain appeared on the big screen was in 2002’s Spider-Man, and the fans’ expectation for an amazing comeback of this character is higher than ever.

Still, the question about the actor in charge of this role is left unanswered, but the fans have come up with 5 suggestions. Check it out below! Damien Lewis is a competent nomination for the role of the Green Goblin for his wonderful charisma and amazing acting skills. He has accomplished great success in his previous roles in the shows Showtime, Homeland and Billions. An experienced actor like Damien Lewis is totally capable of a complex character with duality like the Green Goblin. Antony Starr has made a mesmerizing performance as Homelander on the Amazon Prime show The Boys. With his great acting skills, he was able to perfectly embrace a self-centered and sociopathic character like Homelander. Antony Starr’s portrayal of Homelander proved that he is also capable of playing a great villain like the Green Goblin. Matthew Rhys’ role of Phillip Jennings in The Americans received great attention from the audience. Since Phillip Jennings is a ordinary married father of two, but also a KGB officer in disguise, Matthew Rhys is believed to continue to deliver another amazing performance in the role of the Green Goblin and Norman Osborn at the same time. Oscar Isaac may be younger than other actors on the list, but his acting should not be underestimated at all. He gradually gained experience in sci-fi movies and playing dark characters via his role in Ex Machina and most recent X-Men: Apocalypse. Micheal Hall’s most well-appreciated performance was Dexter Morgan, a blood examiner and also a serial killer, in the TV series Dexter. His suave exterior and an intense manner is the perfect combination for a wonderful portrayal of the Green Goblin. This role will perfectly prove that he is an incredible actor that deserves more opportunities to showcase his talent to the audience.