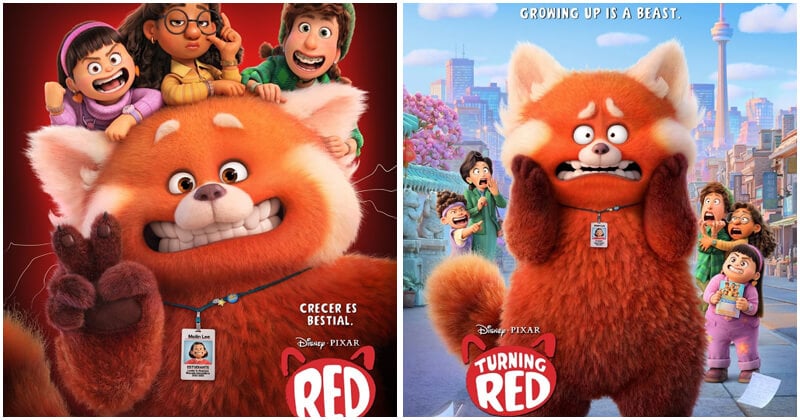 It seems Pixar employees are disappointed with the studio’s decision to release the brand new Turning Red movie on Disney+. In fact, the majority would have preferred that viewers could see it for the first time on the big screen, in cinemas. However, it is clear that this choice is due to current pandemic situations, and that it could not have been otherwise. As Disney fans already know, Turning Red is a fascinating story about Meilin “Mei” Lee, a 13-year-old girl who accidentally discovers that she can transform into a giant red panda whenever she feels too stressed or excited. Initially, this movie and Toy Story spin-off Lightyear were the only Pixar films that were scheduled to hit theaters in 2022.

However, a few days ago, Disney has decided to skip Turning Red‘s theatrical debut and move it straight to the streaming platform, making it the third Pixar film in a row to skip theaters after Soul and Luca. This news came just a couple of days after Sony Pictures postponed Morbius – the unreleased Marvel film whose release date has been delayed three months due to the Omicron variant, thus coming to theaters (hopefully) this April. According to Insider, Pixar employees were shocked and upset about this news.

“It’s safe to say that we’re all feeling extremely disappointed. Until today, we all thought Turning Red would be our return to the big screen, and everyone at the studio was so excited about it being this film in particular. It was quite a blow,” a staffer shared. Even so, the majority of them seem to understand the reason behind this sudden decision.

“It sucks but I get it,” one of them said, while another added: “With Omicron infections so high, I haven’t heard anyone say the decision to pivot to streaming is wrong.”

Former Disney CEO Bob Iger once called Pixar the best purchase he ever made, and the decision to release Turning Red on Disney+ will likely help the movie attract more audiences. However, it will also mean not seeing an original Pixar animation become a hit at the box office at a time when sequels, remakes and adaptations dominate.