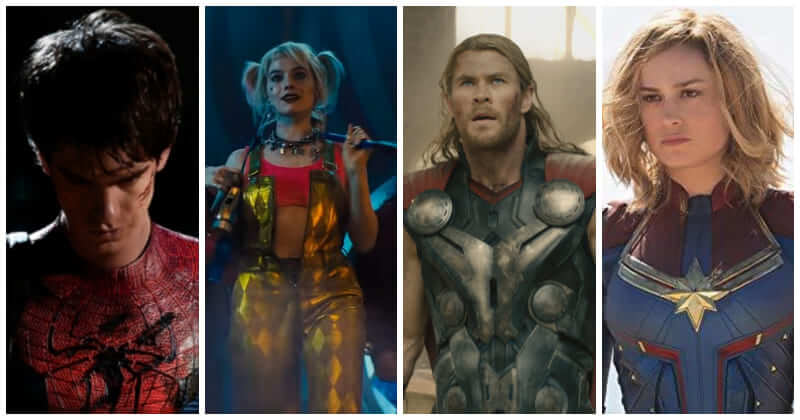 Massive-budget superhero movies have definitely been a trend over the last few years with several releases by two Hollywood giants, Marvel and DC. And, there no denying that every superhero movie created such a big hype in fan communities and in global box offices.

However, some superhero movies failed to live up to the audience’s expectations due to the poorly developed plots and shallow narratives of characters. Those movies still had loyal fans, but the critics and the audience had a hard time deciding whether to love or despise them.

Check out below for 10 movies that created such a contrasting stream of opinions among the viewers. Adapted from the original work of Alan Moore, V for Vendetta was deemed to be successful at the time of its cinema release. However, as time passed, the idea of a mysterious character with a mask doesn’t seem to catch the audience’s attention anymore. The Amazing Spider-Man has always been considered as a competent film of Spider-Man for Andrew Garfield’s brilliant acting skills. Despite that, it’s still impossible to please every viewer who grew up watching the Sam Raimi series. This franchise, unfortunately, followed a fan-favorite trilogy that failed the audience’s expectations.

Another movie adaptation from Alan Moore’s work, Watchmen was a worldwide sensation at the time of its release in 2009. Although it still has fans, the movie turned down the audience by sticking with the 2000s edginess that was not suitable for modern viewers. Despite the brilliant performance of Brie Larson and Samuel L. Jackson, some viewers consider Captain Marvel as a competent movie, while others think its release before Avengers: Endgame was just a mere filler before the main event. Eternals (2021) is the latest MCU movie-making to this list. The critics and the audience had contrasting views of this work by Marvel with a Rotten Tomatoes score of 47% from critics and 78% from audiences. Despite being given a low score from movie critics, Eternals still made a big hit in box offices, proving that the MCU is still going strong. Margot Robbie as Harley Quinn was definitely the star of the show, but her colorful and brilliant acting, unfortunately, couldn’t save the whole movie. Birds of Prey failed to meet the studio’s expectation and created contrasting opinions among critics because of its poor narrative and development of characters. However, DC fans still found it satisfying to see Harley Quinn on the big screen, making the movie still a worth-watching one.

When another movie of the Avengers is about to come to cinemas, global audiences always have lots of expectations. While Avengers: Age of Ultron was a huge blockbuster of 2015 and received great praises, many modern fans agreed that it was a disappointment in comparison to its predecessor and even its successor. Released in the age of high-budget superheroes movies, Darkman really made a great difference for its original plot, which helped the movie gain a loyal fanbase. However, it didn’t get the hype it deserved because the audiences and critics were interested in nothing but superheroes movies at the time. While the audience holds different views of the movie – whether it was too dark or didn’t care about the original depictions of the two heroes – what we can all agree on is how successful Batman v Superman: Dawn of Justice was. Earning almost a billion dollar from global box offices, it proved that the movie still had massive fans all around the world. Starring the iconic and beloved heroes, Justice League actually divided the fans into contrasting streams of opinions. The movie created such a big hype when the trailers were released, but then, unfortunately, failed at the box office. Many critics regarded it as an inferior version of The Avengers for how many rewrites and reshoots were made for the movie to resemble the MCU.

10+ Low-Budget Movies That Turned Out To Be Big Blockbusters

11 Actors Who Are Experts On Portraying Villains And Antagonists