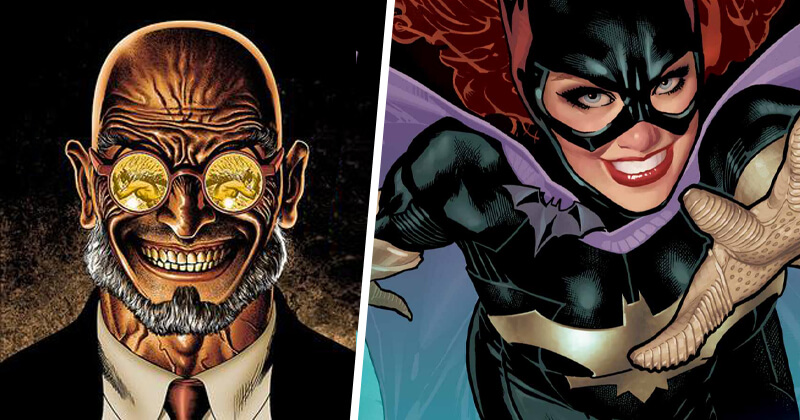 Last summer a Batgirl film was announced for HBO Max, which stars Leslie Grace as Barbara Gordon. The movie is directed by Adil El Arbi and Bilall Fallah (who are best known for their recent work Bad Boys For Life) with a screenplay written by Christina Hodson – the screenwriter of Bumblebee, Birds of Prey and the currently developing The Flash.

The filming of Batgirl is currently underway and, after the casting of Brendan Fraser as the antagonist Firefly, a new photo from the set may have anticipated the debut of another villain.

Accordingly, in a set photo leaked recently, fans can see a poster of a sinister grinning man with a pose that clearly reminds people of Hugo Strange – one of Gotham City’s and Batman’s most famous enemies. Only his iconic glasses are missing from the appeal, but “coincidentally” the poster is ruined right at his eye level. Is this poster found at the #Batgirl set hinting Hugo Strange? 🦇

In addition, thanks to other leaked photos, we can also take a closer look at Leslie Grace as Barbara Gordon aka Batgirl on set wearing a Gotham City Police Department T-shirt… …and see a mural dedicated to Michael Keaton’s Batman, who appears to have a new costume with white lenses that seem to be inspired by the animated Son Of Batman (2014). Don’t base the Batman & Robin mural as an accurate representation of how Keaton’s batsuit may look 🦇 #Batgirl pic.twitter.com/wmNNP1tnwI

Batgirl will hit HBO Max in 2022, but no official release date has been announced yet.

14 Co-stars Who Reportedly Did Not Get Along, Despite Playing Best Friends In Movies And TV, Shows